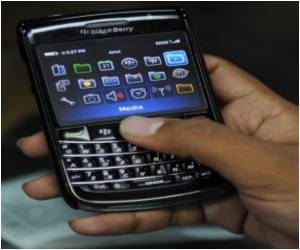 According to a report, two crore of the estimated 4.8 crore mobile Internet users in India have shifted 50 percent of their newspaper and TV time to their mobile screens. They have done this for entertainment, all categories of news, travel and sports content.

The Mobile Internet behavior and usage study, conducted by India's leading online audience and ad measurement platform ViziSense, found that of the 4.8 crore mobile internet users in India, a huge 87 percent are online on the mobile every day.

"55% of all daily Mobile Internet users hail from outside the top 8 metros. Whilst limited access to branded products was the reason that these regions saw early adoption of ecommerce, errant electricity is one of the reasons why mobile internet is majorly scoring for users from these cities while reducing their dependence on TV as a medium for especially news and entertainment," Amit Bhartiya, Vice President and General Manager of ViziSense, said.


The study said that almost half of these users go online through their cellphones every 2-3 hours with the duration of these visits being more than an hour, while nearly 60 percent of these users have been on this medium for over a year already.

Internet dating may just be what cupid ordered in the age of the internet! Internet dating is here to stay - for the dull and the delirious, the young and the old, for the married and the single.
Advertisement
The survey also found that with email and social media being the primary drivers of mobile internet with 99 percent and 95 percent respectively, consumption of content is starting to shift in favour mobiles and tablets which are used for daily consumption of News, Games and Entertainment, Travel, Education.

It also added that women outscore men when it comes to accessing books or education, entertainment and travel-related content through their cellphones.

The study has been put together through the results of an online survey conducted with ViziSense India and has recorded responses from 2,024 users who access Internet through their cellphones.

A new study conducted on internet users revealed that the time spent surfing the web by a person can be used to gauge his/her stress levels.
Advertisement
<< Seat Of Meta-Consciousness In Brain Located With The Help O...
14 Killed In Uganda After Ebola Outbreak >>

Importance of Internet for Pregnant Women With Type 1 Diabetes