A Virtual Stroll In Rome Through the Ghetto 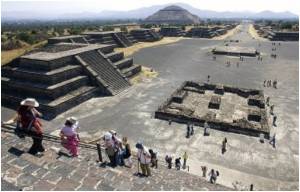 Rome has a new walk on its historical tourism circuit. It is a virtual stroll through the streets of the ghetto to which Jews were confined for more than three centuries.

From Friday, visitors to the city's Jewish museum will be able to explore the jumbled, overcrowded neighbourhood as it was in the second half of the 19th century via an interactive table which provides access to a meticulously reconstructed 3D map that works like Google street view.
Advertisement

The requirement for Jews to live in the Ghetto, established by a Papal Bull of 1555, was abolished with the establishment of Italy in 1870.


The walls built around it were pulled down in 1888 and most of the buildings inside the enclosure also quickly disappeared as Rome underwent rapid change in line with its new status as national capital.
Advertisement
Many of the ghetto buildings had been extended upwards in a bid to cope with chronic overcrowding and a ban on horizontal expansion, ensuring some of the streets rarely saw the sun.

The impression overall however is of a neighbourhood not too far removed from how it is today with the notable exception that the adjacent River Tiber was far less securely banked, making the area prone to flooding.

Working out which building was where and what they looked like required an eight-strong team of archaeologists, architectural and art historians and software experts who worked full-time for almost a year to establish a data-base on which the display is based.

As the few photos available to them were all black and white, they relied heavily on the work of artists, most notably Ettore Roesler Franz (1845-1907), to get the colours right.

The museum is part of the same building that houses Rome's main synagogue in a neighbourhood that is still home to a small section of Italy's Jewish community, which is one of the longest established in Europe.

Museum directors are discussing whether the 3D vision of the ghetto will be made available online or remain exclusively for visitors.

Record Tourism Numbers in Spain in August
Spain has the highest ever figure in foreign visitors for a single month, just over nine million in ...

Italian Doctor With Ebola Has Been Isolated at Rome Hospital
The first Italian to contract Ebola, a doctor, arrived in Rome Tuesday from Sierra Leone for ......

Growth of World Tourism Numbers is Up 4.6 Percent in First Half: UN
International tourist numbers grew 4.6 percent, boosted by strong growth in the Americans, Asia and ...