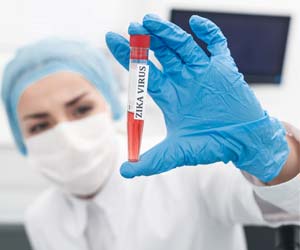 Molecular tests to detect Zika virus use bodily fluids like blood, urine, semen and saliva to identify the presence of the genetic material of the virus in the host. These tests have been used routinely in prenatal checkups for pregnant women who had symptoms or are a high risk for the disease.

Nevertheless, a new study conducted in Brazil suggests that a single negative test result may not be enough to reassure family members and doctors. The results were published in the journal Emerging Infectious Diseases.

Advertisement
‘Zika virus continues to replicate during pregnancy, in the fetus or the placenta but the viral load in the mother's fluids is very low and hence not detectable.’

"We monitored a group of pregnant women with a confirmed diagnosis of Zika and tested their urine over a period of several months at intervals of about a week. In some of these women, the viral load in their urine disappeared and later returned," said Maurício Lacerda Nogueira, a professor in FAMERP - Medical School of São José do Rio Preto, São Paulo State, and principal investigator for the project, which was supported by the São Paulo Research Foundation - FAPESP.


The patients included 13 women in different stages of pregnancy (4 weeks to 38 weeks) who were receiving treatment at the Children's & Maternity Hospital (HCM) of São José do Rio Preto.
Advertisement
According to Nogueira, the virus was detected in one patient's urine for as long as seven months. In five women, the test was again positive for Zika virus after their viral load had disappeared in previous tests. In all cases, the virus vanished from the women shortly after they gave birth.

"These results suggest the virus continues replicating during pregnancy, in the fetus or the placenta, which must serve as a reservoir for the pathogen," Nogueira said. "However, viral load in the mother's fluids is intermittent and very low, almost at the detection threshold."

According to Nogueira, if the result of a molecular test is negative, it should ideally be repeated at least twice at intervals of no less than a week.

"We typically test urine samples because they're easier to obtain and because the blood viral load is lower and disappears faster," he said.

Three of the women monitored for the study had babies with complications that were probably caused by Zika: two displayed hearing loss and one was born with a brain cyst.

The researchers were unable to establish a correlation between the number of times the virus was detected in the mother and the occurrence of an adverse outcome. "To do so, we will need to perform new studies with a larger number of participants," Nogueira said.

A new rapid test that identifies Zika virus in blood samples as well as all four serotypes of dengue virus during the acute phase of infection is described by a multinational group of researchers, including Nogueira, in an article recently published in the journal Science Translational Medicine.

According to the authors, the method is low-cost and entails no risk of a cross-reaction, unlike other tests. Consisting of a dipstick strip with antibodies that change color in the presence of a viral protein known as NS1, the immunochromatography test was developed at the Massachusetts Institute of Technology (MIT) in the United States.

The method was validated by research institutions in several countries, including FAMERP. "We validated it in tests on blood samples from patients with a confirmed diagnosis of both Zika and dengue attending the São José do Rio Preto general hospital for treatment," Nogueira said.

Zika Virus may Hold the Key to Treat Brain Cancer
Zika virus could be a promising treatment for glioblastoma, which is the most common form of brain ....