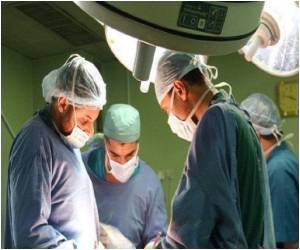 A 7-year-old girl from South Dakota underwent a ear pinning plastic surgery called otoplasty, to improve the looks of her ear, its position and size.

The girl's mother said that her daughter was at the receiving end of jokes and bullying on account of her ears. The family decided to go for the surgery as a way to prevent her from getting bullied.

The surgery which took about two-and-a-half hours was performed by Dr. Steven Pearlman, a New York City-based plastic surgeon.


The doctor said that the surgery was a 100% success.

Abdominoplasty (tummy tuck) is a cosmetic procedure that helps to tone and firm up the abdomen.

Rhinoplasty
News Archive
News Resource
Advertisement
News Category
Milestone In Voluntary Blood Donation Achieved Samsung Reinvents Toilet for the Poor Which is a Better Form of Exercise: Daily or Weekly? First Phase of Foot-and-Mouth Disease Vaccination Shocking News: Polio Cases Return After a Decade in the US
More News
Sign up for Wellness Consult a Doctor Sign up for Selfcare

Drug - Food Interactions Noscaphene (Noscapine) Hearing Loss Calculator A-Z Drug Brands in India Vent Forte (Theophylline) Drug Interaction Checker Calculate Ideal Weight for Infants The Essence of Yoga Diaphragmatic Hernia Indian Medical Journals
This site uses cookies to deliver our services. By using our site, you acknowledge that you have read and understand our Cookie Policy, Privacy Policy, and our Terms of Use