6 in 10 Food Advertisements are of Junk Foods 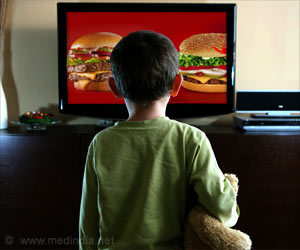 In the UK, six out of ten food and drink advertisements that are shown during the family programs were of junk food including fast food, takeaways and confectionery and are aimed at children, reveals a new study.

The same adverts would be banned from children's TV under UK regulations which prohibit the advertising of food and drinks high in fat, salt or sugar (HFSS) during programs aimed at children. The new report was based on research conducted at the University of Liverpool.

Advertisement
‘Restricting high in fat, salt or sugar (HFSS) advertisements on TV can protect children from being influenced.’

However, loopholes in these regulations mean that the most popular programs with children, even those marketed as 'family programs', do not have the same safeguards on HFSS advertising as programs watched only by children. This is despite the fact that significantly more children are watching them than even the most popular children's TV programs.


Extent of the problem

Commissioned by the Obesity Health Alliance (OHA) the report, entitled 'A 'Watershed' Moment: Why it's Prime Time to Protect Children from Junk Food Adverts', is based on data collected and analysed by Drs Emma Boyland and Rosa Whalen from the University's Appetite and Obesity research group. The report examines the extent of this problem and offers possible solutions.
Advertisement
Previous studies by this research group have demonstrated that television food advertising exposure alters children's food preferences in the direction of high fat, high sugar snack foods and also increases their consumption of these sorts of foods.

The new study examined the TV advertising around five TV programs aimed at families broadcast on different UK television channels. The programs were; The Voice (ITV), Ninja Warriors UK (ITV), Coronation Street (ITV), The Simpsons (Channel 4) and Hollyoaks (E4). Each have hundreds of thousands of child viewers per episode.

The researchers found that almost six in ten (59%) of food and drink adverts shown during these programs were for HFSS products. In the worst case examples, children were being bombarded with nine HFSS adverts in just a 30 minute period.

Based on average viewing figures, children watching these programs regularly would see over 2,000 HFSS adverts every year.

In comparison fruit and vegetables were promoted in just 1% of food and drink adverts shown around these programs. Adverts for fast food and takeaways were nearly three times more common than any other type of food and drinks adverts - partly due to their tactic of sponsoring popular prime time family shows.

The report provides a number of solutions to this issue including extending existing regulations to restrict HFSS advertising on TV to cover programming beyond that made only for children.

Dr Emma Boyland, said: "Current regulations focus disproportionately on advertising around programming designed for or targeted at children, such as dedicated children's channels. However, data from the broadcast regulator themselves (OfCom) shows that children spend a majority of their viewing time outside of such programming, instead watching family viewing and more generic entertainment shows such as The Voice where food advertising is far less restricted.

"One in five children in the UK are overweight or obese at school entry (4-5 years), and this rises to one in three by Year 6 (10-11 years). Addressing the influence of the 'obesogenic' environment (including the abundant, persuasive promotion of unhealthy foods to our children) is a key approach for tackling childhood obesity, and is an area in which action could and should be taken now."

Dr Rosa Whalen, said: "To protect our children from adverts that we know can influence what food they want to eat, the government should extend existing regulations to restrict HFSS advertising on TV until after the 9pm watershed. In addition, brands that advertise HFSS food and drinks should not be allowed to sponsor prime time family TV shows."

Caroline Cerny, Obesity Health Alliance Lead, said: "The rules to protect children from junk food advertising on TV are ten years old. They weren't strong enough then and they are definitely not fit for purpose now as they only cover 27 percent of children's viewing time."

Formed in 2015, the goal of the OHA is to prevent obesity-related ill-health by addressing the influences that lead to excess bodyweight throughout life. It brings together a range of leading organisations with expertise in tackling overweight and obesity.

Ban Junk Food Advertisements to Cut Child Diabetes Rate
A team of over 100 diabetes experts have pressed for a ban on ads of junk food to cut the growing .....

Hispanic Children Battle Obesity After Viewing Wrong Food Ads
Obesity seems to have hit an all time high among Hispanic children and experts are looking at the .....

Food Addiction
Food addiction is the compulsive need to eat junk food that has a lot of carbohydrates, sugar, flour...