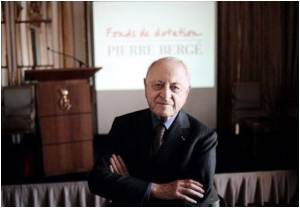 The "nifty 50", as it is known popularly, is more outgoing, happy and active than people half the age.

People at 50 enjoy more nights out, travel further afield and catch up with friends more frequently.

Each week a typical 50-year-old goes out twice and sees four friends. They also manage to pack in three weekends away during the course of a year.


Twenty-somethings only manage one evening out a week, catch up with three friends and take two short breaks.

Half of the over-50s quizzed said their focus was on enjoying life to the full compared with a third of those in their 20s.

The health insurance market for senior citizens has grown in recent times. Cover hospital expenses of your parents with best policies for senior citizens.
Advertisement
"Those in their 50s certainly know how to live life to the full," the Daily Express quoted a spokesman for Benenden Healthcare, which commissioned the poll said, as saying.

"The modern 50-year-old spends more time than ever on things that boost their contentment and with life expectancy rising all the time, being middle-aged is no longer a precursor to winding down.

"Perhaps it's because people's priorities change over the years - with those who are older making time to do what they want, reflect on what they have or haven't done and play 'catch-up'. Twenty-somethings get caught in the stresses and demands of a job but in doing so let other parts of their life slip. The over-50s are setting the pace well ahead of their younger counterparts.

Being 50 is definitely the new 25," the Spokesman added.

Find a Doctor Drug Interaction Checker Indian Medical Journals Blood Donation - Recipients Noscaphene (Noscapine) Diaphragmatic Hernia Loram (2 mg) (Lorazepam) Turmeric Powder - Health Benefits, Uses & Side Effects Find a Hospital How to Reduce School Bag Weight - Simple Tips
This site uses cookies to deliver our services.By using our site, you acknowledge that you have read and understand our Cookie Policy, Privacy Policy, and our Terms of Use  Ok, Got it. Close
×