1 in 10 Adults Engage in Sexting 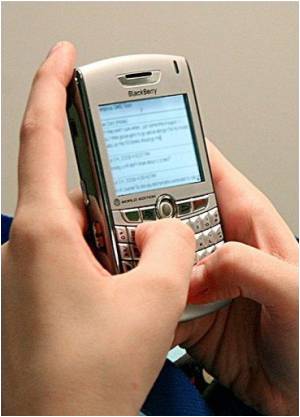 One in ten adults in the UK have rubbed their partners the wrong way and have got caught red-handed sending racy text messages, a survey has revealed.

A survey of 1,097 mobile phone users revealed that people under-25 are the most active 'sexters' and at least 60 percent have been caught red handed doing so.

Sexting Is Now a Criminal Offence Among Teenagers

According to the consumer poll by SellMyMobile.com, both men and women were equally guilty, reports The Sun.

"A key aspect of text messaging is that it allows a more detached method of communication. This was part of its initial popularity and a likely explanation for the large number of people willing to send out explicit content," McConomy added

Teenagers who send sexually explicit images of themselves or others, will now run the risk of facing a jail sentence as per recent laws that seeks to bring child sex offenders to book.
<< Give a 'Human Response' to Ongoing Tragedy, Says Vietnam Ag...
How Does the Brain Track the Position of the Limbs in Space... >>

Oz Schools to be Shown a Short Film on 'Sexting'

Victoria Police is coming out with a 15-minute film on 'sexting' in schools to educate children about the pitfalls of sending sexually explicit images through their mobile phones.

The Essence of Yoga Post-Nasal Drip Selfie Addiction Calculator Blood Pressure Calculator Indian Medical Journals How to Reduce School Bag Weight - Simple Tips Blood Donation - Recipients A-Z Drug Brands in India Diaphragmatic Hernia Sinopril (2mg) (Lacidipine)
This site uses cookies to deliver our services. By using our site, you acknowledge that you have read and understand our Cookie Policy, Privacy Policy, and our Terms of Use