Yoga is an ancient Hindu discipline. The goal of Yoga is union with the higher consciousness.

Memory is the capacity to retain and recall information about past and present incidents. Memory capacity is the ability to analyze and synthesize the assimilated information and not information storage alone. Memory power varies between individuals.

In Sanskrit, the word Memory is called smriti The yoga sutras of Patanjali describe memory as an experienced object not being lost from the mind.

Yoga and Memory: The Indisputable Link

While memory is the latent capacity to retain and recall information, yoga assists in improving memory power through yogic techniques of concentration and meditation. The brain functions of attention, cognition, processing of sensory information and visual perception are honed with yogic practices.

Yogic practices like asanas, pranayama, meditation and Om chanting increase the circulation of blood to the brain. This help calm the mind and enhances concentration skills. Memory lapses can also be prevented through yogic practices that enhance the power of recall. One can draw upon the immense power of the mind with consistent yogic endeavor

Memory is the measure of ability to reproduce the knowledge that is known, says Yogacharya Vishwas.

Memory is holding on to that which has been known.- The Hindu Texts.

Memory is the calling up of an object from past experience, say Patanjali Sutras.

The magic of hatha yoga

Hatha yoga is a gentle form of yoga that consists of asanas, pranayama, meditation and chanting to achieve clarity of the mind that translates into all round good health. Memory power is given a boost, while also improving the ability to maintain focus and concentration. 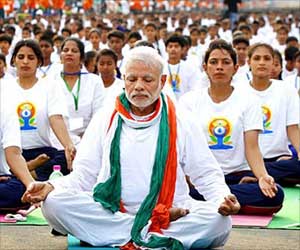 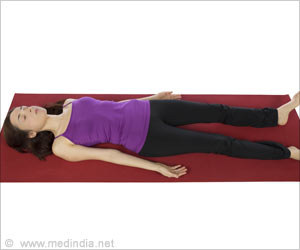 It's nice to see a breakdown of the actual components of yoga which have the greatest effect on our memory. I find the way in which mind-body exercises have beneficial effects on our cognition very interesting.