What is Uterus Transplantation?

You were formed inside a borrowed womba nourishing safe haven for monthsthen delivered through painful effort and sacrifice by a woman willing to give you the precious gift of life. That truth alone deserves your gratitude and respect. ~ Richelle E. Goodrich, Smile Anyway: Quotes, Verse, & Grumblings for Every Day of the Year

The uterus is the organ that is popularly known as the womb and is responsible for the implantation and growth of the fetus for the nine months before it is born. However some women do not have a uterus due to injury or disease or are born without it and hence cannot bear children. The developments in the field of transplantation have now made it possible to transplant an organ like uterus to help such women. However this procedure has also created controversy in the medical field as many think it is an unnecessary operation due to the risks of the procedure to both mother and fetus and its risks outweigh the potential benefits. The transplantation becomes even more questionable when surrogacy is available as an alternative.

Despite these reservations many in the field of fertility feel that it is a game changer and an important development in the right direction and the procedure is here to stay giving a woman better and more choices.

History - In 2003, El-Akour, Kurlberg and Brännström in Sweden published their successful uterine transplant into a mouse. Notably, the transplanted mice had live born offspring.

The uterus transplant recipient in 2013 was an infertile 35 year old woman with Rokitansky syndrome (congenital absence of the uterus). The donor was a healthy 61 year old postmenopausal woman. The donor hysterectomy and recipient uterine transplant were performed simultaneously by two separate surgical teams. One year after transplant, the recipient underwent in vitro fertilization and subsequently became pregnant and delivered a healthy baby boy.

The incidence of Rokitansky syndrome is 0.02% (1/4,500) of female births. The total uterine congenital hypoplasia/agenesis incidence is not much higher than this, so there is no truly large need for uterus transplantation. But the biology is miraculous and this accomplishment significantly advances the fields of transplantation and tissue engineering using human tissue scaffolds.

What are the Types of Uterus Transplantation?

The donor uterus for transplant can come from a living donor or a deceased donor. In general, living donor transplantation (of any organ) is preferred because the procedure is entirely elective (giving adequate time for a thorough and proper medical and surgical evaluation of both donor and recipient) and the period of time in which the donor uterus is without its blood supply (ischemic time) is extremely short, resulting in superior results compared to deceased donor organ transplants.

What are the Advantages of Uterus Transplantation?

The obvious advantage to uterus transplantation is the creation or restoration of fertility. However, only a small minority of female infertility cases require uterine transplants. For those candidates who would benefit, other advantages are relatively safe and completely elective surgeries, expected excellent outcomes, the ephemeral transplant option (i.e., stop the immunosuppression and/or remove the uterine graft after the recipient has had the desired amount of children) and the psychological gratification of physically bearing ones own children.

What are the Disadvantages of Uterus Transplantation?

Fortunately, the surgical risks are acceptably low in uterine transplant and include bleeding, infection, graft rejection or failure and wound healing problems. Both donors and recipients tend to be very healthy, greatly decreasing the risks of surgical problems.

The medical risks after transplant are many and include rejection, adverse reactions to transplant medications, opportunistic infections and cancer. Acute rejection is almost always successfully reversed with current antirejection drugs. Biopsy is required to diagnose rejection, but an endometrial biopsy is a low morbidity procedure and distinguishing between infection and rejection and grading the severity of rejection to determine which drugs to use all contribute to optimal outcomes.

Drug side effects to transplant recipient include:

The risk of opportunistic infections (viruses, bacteria and fungi) or cancers (primarily blood and skin cancers) while on immunosuppressive medicines is low, but not zero. Prophylactic anti-infectives and frequent medical checkups with physical exam and laboratory tests greatly minimize the risk of a severe opportunistic infection getting out of hand. These infections are almost always treatable even if severe.

Another potential disadvantage to uterine transplant is that immunosuppressives are potentially dangerous to fetus. There is no evidence that traditional three drug immunosuppression causes birth defects, but patients on these medicines tend to have more premature births and growth restriction in the neonates.

Regular postoperative visits are required to monitor these potential side effects and to assess overall uterine transplant function.

The Ethical Dilemmas of Uterus Transplantation

Why do it When You Can Use Surrogacy?

This is a valid question and similar arguments are put forth in the case of pancreas transplant. That is, if a safe and effective alternative treatment exists (insulin shots for diabetes), then why undergo the surgical risks and long term medical risks of transplantation?

Whether to elect for transplantation becomes a highly personal decision, based on the individuals intolerance for their disease and tolerance for risk. There is also a strongly emotional (and perhaps cultural) component driving the desire to physically bear ones own children. As Diane Ackerman says The simple, stupefying truth that, as a woman, I am a minute ocean, in the dark tropic of whose womb eggs lay coded as roe, floating in the sea that wet-nursed us all, moved me deeply

With appropriate exchange of information and informed consent, the individual patients decision should be respected.

Many in the transplant field believe that the solution to the transplant donor organ shortage, other than the long term goal of true tissue engineering of bio-artificial organs in the lab, lies in organ revitalization. Instead of relying solely on brain dead donors who account for only 1% of all deaths, organs from sudden death victims could be recovered and revitalized using laboratory perfusion devices that deliver body temperature oxygenated blood with the appropriate hormonal and nutrient concentrations. A certain percentage of such organs would recover to the point of being transplantable. Even a 1% success rate using such technology would immediately eradicate the organ shortage.

The success of uterus transplantation, particularly the revitalization of a barren womb, has several positive implications for organ revitalization technology in general. Most importantly, it shows that when organs are provided the appropriate environment (including oxygenated blood with a biologically normal hormonal balance), such organs can function normally to carry out their specific (complex) functionin this case, child birth. 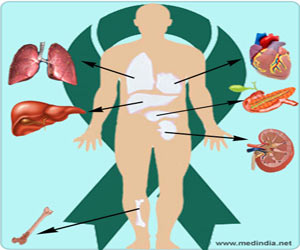