What is Turner Syndrome?

Turner syndrome is a genetic disorder characterized by the complete or partial absence of an X- chromosome. It affects normal development in females.

Turner syndrome has been named after Henry Turner, an American endocrinologist who had described the condition as early as in 1938. It is also known as Ullrich-Turner syndrome or Bonnevie-Ullrich Turner Syndrome. All the seven women described by him lacked breasts, secondary sexual characteristics, did not menstruate and were, therefore, infertile.

What is the Basis for Acquiring Turner Syndrome?

In order to understand the pathophysiology of Turner syndrome, it is essential that we know about the structure and function of chromosomes and genes.

The human body contains thread-like structures in its nucleus called chromosomes which are made up of genes. Genes are called the blue- print of life because they determine the inheritance of the physical and emotional traits in all organisms.

What are the Causes and Risk Factors of Turner Syndrome?

Turner syndrome is a condition which occurs only in females where there is a fully missing or a partially missing X chromosome.

These individuals hence have only one normally functioning X chromosome. The other one may be absent, abnormal or present only in a few cells. The loss of the entire X chromosome, or a part of it, may occur during the production of the sperm or the egg (meiosis), or it may be due to the failure of sex chromosomes to separate following fertilization (mitosis).

What are the Types of Turner Syndrome?

1. All cells are affected and the abnormality can occur because

2. Only some cells are affected - mosaic Turner syndrome or mosaicism.

Facts and Statistics of Turner Syndrome

What are the Signs and Symptoms of Turner Syndrome?

At birth and during childhood, any combination of the following symptoms can occur -

Insulin resistance and diabetes are common in these patients, for reasons that are not completely understood.

Osteoporosis [Due to Lack of Estrogen]

Surprisingly, most of Turner patients have reported satisfaction with social life and employment. There is no increased risk of depression or any other psychiatric disorders nor is there an increased risk of an anti-social behavior in these patients.

How is Turner Syndrome Diagnosed?

1. Prenatal tests done during pregnancy might indicate the presence of Turner syndrome.

If the syndrome is undetected during pregnancy, a child born with heart problems, an unusually wide neck or swollen hands and feet at birth could be diagnosed with Turner syndrome.

A complete ear, nose and throat examination can be done including an auditory exam.

Early childhood is the period when most girls might get diagnosed. Growth deficiency or a short stature without a known cause is indicative of Turner syndrome. Sometimes it is diagnosed much later, only when the child fails to attain puberty.

Characteristic physical and reproductive symptoms, a detailed patient history, a thorough clinical evaluation and specialized tests form a part of the diagnosis.

Some tests that may be done are -

How is Turner Syndrome Treated?

Turner disease is a lifelong condition that lacks a cure but with our renewed understanding of genetics, treatment options available nowadays have benefited the affected girls and women immensely.

The main goal of the treatment, in the case of the Turner patients, is directed towards increasing final height, induction of secondary sexual development and menarche.

Girls with Turner syndrome might also have or develop certain other related medical complications that might need to be treated and managed throughout life sometimes.

While there is no cure for the disease, girls affected by it can have a normal life but usually require care from a variety of specialists.

I am 29 years old and I am suffering from TS.My secondary sex organs are not developed at all. I wanted to know that can it be done if I start the treatment now.

Does each cell have to contain 45 chromosomes? If so why?

my daughter is also suffering from TS Variant, one type of TS. we are treating her with Growth Hormone Treatment(GHT)past 7 months & recently it shows improvement in growth of height. she is 14 & we came to know at that time. can anybody tell is it harmful. how long period it has be continued

Hi This is Shoba. My daughter is TS diagnosed at 13. We gave her GH treatment for about 4 years and her height is 5.1 now. She is 22. Doing well in her studies.

Hi Ammushoba, Do you how much it costs for GH treatment per year? I live in overseas and would like to know the cost of the treatment in India.

my sister has TS. i would just like to know how does the treatment work, seeing that she's 14yrs old already? 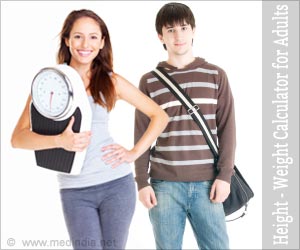 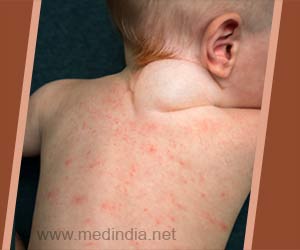