World Bank Aims to Wipe Out Global Poverty by 2030

To eradicate extreme global poverty by the end of the next decade, World Bank has unveiled optimistic new targets.

The bank's president, Jim Yong Kim, claimed signs of recovery in the global economy meant there was now an 'opportunity to create a world free from the stain of poverty' by 2030.

According to the Guardian, the World Bank's upbeat projections, defining extreme poverty as the 1.3 billion people living on less than 1.25 dollars per day, come as governments and international institutions prepare to set new targets to update the 15-year Millennium Development Goals set by the United Nations in 2000.


Critics accused the World Bank of being 'very unambitious' and obsessed with economic growth rather tackling inequality after the leak of planning documents in March that were heavily focused on free market orthodoxy as the primary solution to global poverty, the report said.

But those monitoring the activities of the World Bank said the new rhetoric was not matched by detailed policies to tackle inequality.

According to the report, World Bank officials will meet the UN secretary general this weekend in Madrid to begin the process of agreeing replacements for the Millennium Development Goals, taking advice from a working group chaired by UK prime minister David Cameron.

The Bank's target of eliminating 'extreme' poverty by 2030 does not include the poorest three percent, which it defines as being sporadic rather than structural poverty. 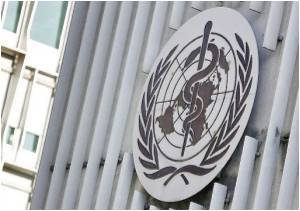 152 Million For UP Healthcare Courtesy World Bank
Officials said that the World Bank will give $152 million for the Uttar Pradesh Health Systems Strengthening Project.
READ MORE