To the virtues of whole grains may now be added the possibility that they could lower the risk of pancreatic cancer, by as much as 40 per cent.

Dr. June M. Chan, of the University of California, San Francisco, and colleagues identified this reduced risk among adults who ate two or more servings of whole grains each day compared with those who ate less than one serving a day.


Eating a diet rich in a wide variety of grains is likely to not only help in the prevention of diabetes and heart disease, but also in a variety of cancers, especially the pancreatic.

The two groups were similar in age, gender, and body weight, and had a similar history of diabetes, but those with pancreatic cancer were more frequently current smokers, the investigators note in the American Journal of Epidemiology.

Overall, the results of the study suggest that eating more whole grains may protect against pancreatic cancer.

On the other hand, eating two or more servings of doughnuts a week, compared with less than a serving a month, was found to raise the risk of pancreatic cancer. However, so did eating two or more servings a week of cooked breakfast cereals such as oatmeal, which the investigators suspect may be explained by their inability to distinguish between sweetened or 'instant' cereals and less refined cereals.

"The risk reductions associated with some whole grain foods and fiber provide general support for the hypothesis that whole grains are better than more refined and sweetened grains for pancreatic cancer prevention," Chan said. However, "further studies are needed to confirm this," Chan added. 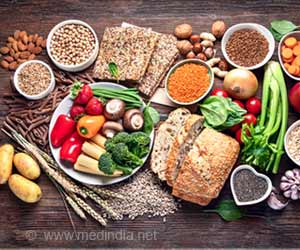 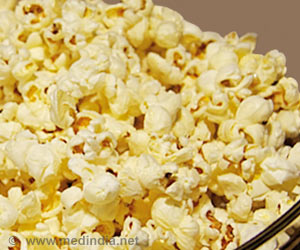 Why is Popcorn the Right Snack Choice?
Popcorn is a whole grain, fiber rich food that is not only low in calories, but a good source of B vitamins too. A cup of air-popped popcorn is only 30 calories.
READ MORE