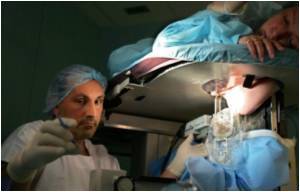 A recent study has shown that close to one out of four women who undergo a partial mastectomy for treatment of breast cancer need to undergo another surgery to remove additional tissue.

The current environment of health care reform in the United States calls for increasing physician and hospital accountability and transparency of health care outcomes. "Breast-conserving therapy, or partial mastectomy, is one of the most commonly performed cancer operations in the United States," according to background information in the article. "Currently, there are no readily identifiable quality measures that allow for meaningful comparisons of breast cancer surgical outcomes among treating surgeons and hospitals."

Partial mastectomy is optimally performed by achieving adequate surgical margins (the rim of normal tissue around the breast cancer) during the initial surgical resection while maintaining maximum cosmetic appearance of the breast. Failure to achieve appropriate margins at the initial operation will require additional surgery. These additional operations can produce considerable psychological, physical, and economic stress for patients and delay use of recommended supplemental therapies. "Thus, the effect of reexcision on altering a patient's initial treatment of choice is significant," the authors write.

"Our study highlights the value of multicenter observational studies in demonstrating variability in health care across geographic regions and different health systems, with uniform data collection instruments. The long-term effect of this variability is beyond the scope of our study, but it is feasible that outcomes such as local recurrence and even overall survival could be affected by variability in initial surgical care. Even in the absence of effects on local control, the wide level of unexplained clinical variation itself represents a potential barrier to high-quality and cost-effective care of patients with breast cancer. Continued comparative effectiveness research of breast cancer surgery requires further attention to better determine the association of initial surgical care with long-term patient outcomes," the authors conclude.

Editor's Note: This work was funded by a grant from the American Recovery and Reinvestment Act of 2009 by the National Institutes of Health. All authors have completed and submitted the ICMJE Form for Disclosure of Potential Conflicts of Interest and none were reported.

Please Note: For this study, there will be multimedia content available, including the JAMA Report video, embedded and downloadable video, audio files, text, documents, and related links. This content will be available at 3 p.m. CT Tuesday, January 31 at this link.

Monica Morrow, M.D., of the Memorial Sloan-Kettering Cancer Center, New York, and Steven J. Katz, M.D., M.P.H., of the University of Michigan. Ann Arbor, comments on the findings of this study in an accompanying editorial.

"The article by McCahill et al underscores the challenge in developing surgical quality indicators for patients with cancer, especially for procedures with very low risk of major complications. While there is strong evidence that positive margins are associated with an increased rate of local recurrence, a substantial number of reexcisions are performed among patients with negative margins to obtain a more widely clear margin. There is no consensus among surgeons and radiation oncologists as to what constitutes an optimal negative margin width because the question has not been addressed in prospective randomized trials. The observational design used in the McCahill et al study is valuable for illuminating the nature of potential quality gaps but cannot be used to inform the validity of candidate quality measures."

Losing sleep over the size of your breasts? Then wake up to breast enlargement! Consult us our specialists ...
This site uses cookies to deliver our services.By using our site, you acknowledge that you have read and understand our Cookie Policy, Privacy Policy, and our Terms of Use  Ok, Got it. Close
×