Use of and Perceptions About Physician Rating Websites 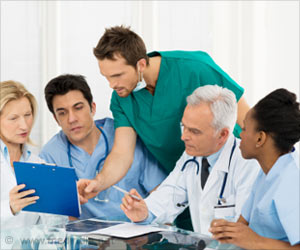 Independent sites are hosted by private companies such as Healthgrades.com, and reflect crowd sourced numerical ratings and free-text narrative comments freely posted by online users. These sites tend to carry reviews on a small percentage of physicians, and then only a handful of comments per doctor at that.

Electronic reporting, although generally accurate, can both underestimate and overestimate quality.
Advertisement
‘Online ratings and discussions about the quality of care American doctors provide can add to their stress levels.’
Tweet it Now

Online ratings and discussions about the quality of care American doctors provide can add to their stress levels. Patients, on the other hand, feel that such information empowers them to make better informed health-related choices.


This is according to a study in the Journal of General Internal Medicine, published by Springer. Led by Alison Holliday of Harvard Medical School in the US, the study highlights how important it is to monitor the impact of independent and health system physician rating websites on both physicians and patients.

A study from the Regenstrief Institute and the Indiana University Center for Aging Research has found that nursing home care improves in critical areas including falls, quality of life and rehospitalizations.
Advertisement
To get a sense about the views and use of such sites, Holliday's team surveyed physicians and patients from four hospitals in a large accountable care organization in Massachusetts in the US. Their web-based survey was completed by 828 doctors, and a mailed survey by 494 patients.

One in every two doctors (53%) said that they had read online reviews about themselves, while two in every five patients (39%) used the web to look up comments about their doctors. It was a more popular practice among younger people, women, and those with a college education.

In general, doctors were less supportive than patients of sharing data publicly. They trusted information on health system websites more, while independent sites were the preferred go-to source for patients.

"Patients may lack trust in health system websites due to concerns regarding bias, as these publish reviews regarding their own physicians," says Holliday. "Health systems seeking to publish patient experience survey data will therefore need to engage patients in their trust of what is very likely a new and complicated data source to them."

It was found that online ratings and comments place an extra weight on doctors' shoulders. The majority (78%) surveyed noted that the possibility of negative online comments increases their job stress. Among physicians, 46% thought the practice could harm physician-patient relationships.

Patients were more supportive of making in-house health system patient experience data available publicly. One in every four patients (29%) surveyed, however, said that their comments might be less candid if they knew beforehand that these would become public knowledge online.

Medical group practices can reduce costs for patients with diabetes by investing in improved quality of care, University of Minnesota School of Public Health researchers have found.
Advertisement

Researchers at University of Heidelberg have recommended new signal functions that can improve the monitoring and tracking of facilities' provision of routine and emergency newborn care.