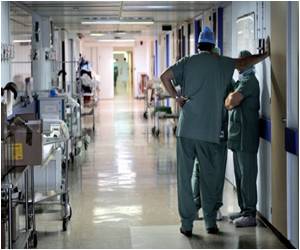 Medical schools in the United States have made significant progress to strengthen their management of clinical conflicts of interest (CCOI).

But a new study demonstrates that most schools still lag behind national standards. The Institute on Medicine as a Profession (IMAP) study, which compared changes in schools' policies in a dozen areas from 2008 to 2011, reveals that institutions are racing from the bottom to the middle, not to the top. In 2011, nearly two-thirds of medical schools still lacked policies to limit ties to industry in at least one area explored, including gifts, meals, drug samples, and payments for travel, consulting, and speaking. Only 16% met national standards in at least half of the areas, and no school met all the standards.

The study, published in the October issue of Academic Medicine, follows up on a 2008 IMAP study - the first of its kind - which revealed few medical schools had strong policies to regulate common physician-industry exchanges. Research shows that such industry ties can bias doctors' decisions and compromise patient care.


In this latest study, Managing Conflicts of Interest in Clinical Care: The Race to the Middle at U.S. Medical Schools, IMAP investigators, led by Susan Chimonas, PhD, evaluated CCOI policies in 2011 for accredited medical schools. Policies from each school were scored as "permissive," "moderate," or "stringent," based on recommendations issued by the Association of American Medical Colleges (AAMC), the Institute of Medicine (IOM), and the ABIM Foundation and IMAP. The researchers also compared 2011 and 2008 data to see how much change had occurred.
Advertisement
The results indicate that, while many schools have taken steps to better manage physicians' ties to the pharmaceutical and device industries, less-than-stringent policies still prevail in 11 of 12 areas. And while most institutions without policies in 2008 have made strides, nearly a third of medical schools still have no policy prohibiting ghostwriting. A majority have no policies or permissive policies for drug samples or industry-funded continuing medical education, consulting, honoraria, and speakers' bureaus.

"There has been a broad and rapid transformation in how academic medicine manages industry relationships since we looked at this in 2008, but much room for improvement remains," says co-author David Rothman, PhD, president of IMAP. "Despite progress, it troubles me that most schools have still failed to ban industry speakers' bureaus." Rothman says the findings should make medical school deans, compliance officers, and faculty "take bolder steps to rid medicine of industry influence and preserve public trust."

In 2008, "no policy" was the most prevalent finding in all but one CCOI area. By 2011, almost all schools had made strides, and the number of schools with no policies dropped sharply from more than a quarter in 2008 to less than 2 percent in 2011. Policies in the "moderate" range more than doubled, from 14 percent to 30 percent.

However, the proportion of schools with strong policies in 8 or more areas barely increased, from 1 percent in 2008 to 4 percent in 2011. Less-than-stringent policies remained typical for all areas except ghostwriting. Eighty-four percent of schools had substandard policies in most (7 or more) areas.

These findings, said Dr. Chimonas, should prompt all medical schools to look at their management of CCOI and see where they need to improve. "It could be that a move to the middle is more comfortable for institutions because it's easier to get faculty buy-in for less strict policies," she says. "But we need to examine whether this race to the middle persists or if it's just a temporary holding pattern."

The study also analyzed whether a school's status, hospital affiliation, or source of funding influenced CCOI policy strength. Although hospital ownership and public or private status had no impact, medical schools with greater funding from the National Institutes of Health were more likely to have stricter policies than those with less funding.

To track progress and encourage stronger policies, IMAP today launched a new Conflict of Interest Policy Database that houses policies from medical schools across the country. The publicly accessible database allows anyone to search a school's CCOI policies, compare them with other institutions, identify where progress needs to be made, and learn best practices.

"Our hope is that the database will encourage deans, compliance officers, faculty and students to compare their school with others and take steps to meet national recommendations," says Dr. Chimonas.

To access Managing Conflicts of Interest in Clinical Care: The "Race to the Middle" at U.S. Medical Schools, visit http://journals.lww.com/academicmedicine/Abstract/2013/10000/Managing_Conflicts_of_Interest_in_Clinical_Care__.23.aspx

In 2006, IMAP and the ABIM Foundation set forth national recommendations that specified how medical schools should manage conflicts of interest. The IOM and the AAMC issued similar recommendations in 2009 and 2008, respectively. These national standards guided this follow-up study. The study was made possible by IMAP and the state Attorney General Consumer and Prescriber Education Grant Program, which is funded by the multi-state settlement of consumer fraud claims regarding the marketing of the prescription drug Neurontin.

Necessary Legal Skills to Practice Medicine Not Being Taught by Medical Schools
Research published ahead of print in the Journal of Medical Ethics says that most medical stu...

Students Not Taught Much About Obesity in Medical Schools
Obesity has become a major preventable factor for many diseases across the world and more so in ......

Teachings On Physical Activity Virtually 'non-Existent' in UK Medical Schools
In the undergraduate curricula of all UK medical schools is physical activity education. Are ......