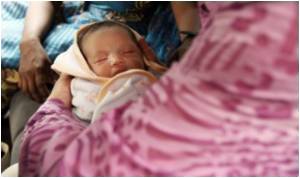 A British judge has ruled that a surrogate mother who had a baby girl for a couple but changed her mind about handing her over has been allowed to keep the child.

The welfare of the six-month-old girl, known only as T, "requires her to remain with her mother", said Mr Justice Baker, explaining the decision he has made following a hearing in Birmingham last month.

"In my judgment, there is a clear attachment between mother and daughter. To remove her from her mother's care would cause a measure of harm. It is the mother who, I find, is better able to meet T's needs, in particular her emotional needs," Baker said.


The judge said the risks of entering into a surrogacy agreement are "very considerable".

"In particular, the natural process of carrying and giving birth to a baby creates an attachment which may be so strong that the surrogate mother finds herself unable to give up the child."

Artificial Insemination is a medical procedure usually used to treat infertility. In this procedure, sperm is placed into a female''s vagina, uterus or fallopian tubes by artificial means.
Advertisement
The mother met the couple, Mr and Mrs W, over the internet in 2009 and agreed informally that the mother would be inseminated by Mr W, and hand the baby over after the birth, the judge said.

During the pregnancy, however, she changed her mind, and at T's birth refused to hand over the baby as agreed. The mother has two older children.

It was agreed that the mother would act as a surrogate for the Ws, using Mr W's sperm, and she became pregnant, but at some point during the pregnancy, relations between the parties deteriorated.

The child was born on July 16, and Mrs W went to the hospital, but says she was made to feel unwelcome by the mother's friends and family members. Her husband began legal moves a week later, and another judge appointed a woman as the child's guardian.

Baker said: "At the date of the hearing before me, T was five months old. The evidence from the guardian is that she is thriving in her mother's care."

Intracytoplasmic Sperm Injection (ICSI) is an assisted reproductive technological procedure performed under a microscope, which aids in the introduction of a single sperm into the cytoplasm of an egg.
Advertisement
<< Offsprings of Polygamists are More Fertile: Study
Using Air Filters May Reduce Cardiovascular Disease Risk >>

More News on:
Pregnancy and Antenatal Care High Blood Pressure and Herbs The Magic Feeling of Being A Mother Herbs and Antioxidants