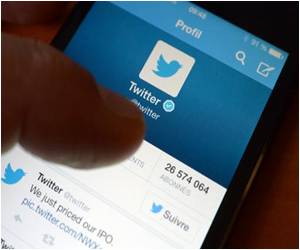 A community's psychological well being can be indicated by Twitter, revealed a new study, adding that it can predict rates of heart disease.

Researchers from the University of Pennsylvania demonstrated that Twitter can capture more information about heart disease risk than many traditional factors combined, as it also characterizes the psychological atmosphere of a community.


Researcher Margaret Kern said that psychological states have long been thought to have an effect on coronary heart disease, for example, hostility and depression have been linked with heart disease at the individual level through biological effects, but negative emotions can also trigger behavioral and social responses, like people are also more likely to drink, eat poorly and be isolated from other people which can indirectly lead to heart disease.
Advertisement
They found that negative emotional language and topics, such as words like "hate" or expletives, remained strongly correlated with heart disease mortality, even after variables like income and education were taken into account. Positive emotional language showed the opposite correlation, suggesting that optimism and positive experiences, words like "wonderful" or "friends," may be protective against heart disease.

Researcher H. Andrew Schwartz added that the relationship between language and mortality is particularly surprising and since the people tweeting angry words and topics are in general not the ones dying of heart disease, but that means if many of your neighbours are angry, you are more likely to die of heart disease.

Schwartz said that if everyone is a little more positive on Twitter than they are in real life, however, they would still see variation from location to location.

The study is published in the journal Psychological Science.

Twitter to Collaborate With Advocacy Group to Fight Online Harassment of Women
Media reports suggest that the non-profit advocacy group, Women, Action and the Media (Wam) has ......