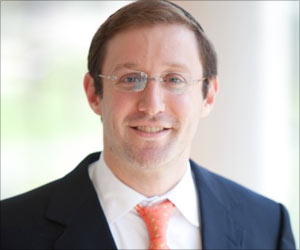 Researchers at the Albert Einstein College of Medicine of Yeshiva University and Montefiore Health System, conducted a survey among more than 1,000 U.S. adults on misperceptions about miscarriage and its causes.

Results of the survey show that feelings of guilt and shame are common after a miscarriage and that most people erroneously believe that miscarriages are rare.


"Miscarriage is a traditionally taboo subject that is rarely discussed publicly. We initiated this survey to assess what the general public knew about miscarriage and its causes and how miscarriage affects them emotionally," said Zev Williams, M.D., Ph.D., Director of the Program for Early and Recurrent Pregnancy Loss (PEARL) at Einstein and Montefiore.

New research indicates that too much stress could lead to miscarriage. What are the risk factors to avoid? Read on to know more!
Advertisement
Dr. Williams and colleagues devised a 33-item survey to assess perceptions of miscarriage; 10 items were specifically directed to men or women reporting a history of miscarriage.

Of the 1,084 valid survey responses collected over a 3-day period in 2013, 45 percent were from men and 55 percent from women. Fifteen percent reported that they or their partner had suffered a miscarriage. Participants generally mirrored 2010 national census statistics with respect to gender, age, religion, geographic location and household income.

Thirty-six percent of participantsincluding those who had never experienced pregnancy lossreported that suffering a miscarriage would be extremely upsetting, equivalent to losing a child.

"The results of our survey indicate widespread misconceptions about the prevalence and causes of miscarriage. Because miscarriage is very common but rarely discussed, many women and couples feel very isolated and alone after suffering a miscarriage. We need to better educate people about miscarriage, which could help reduce the shame and stigma associated with it," said Dr. Williams.