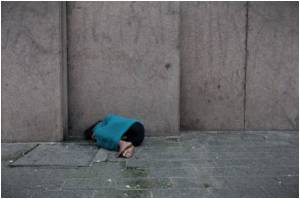 Researchers at the University of Illinois at Chicago have discovered a strong link between victimization experiences and substance abuse.

The correlation is especially prevalent among gays, lesbians and bisexuals-more so than in heterosexuals, said Tonda Hughes, professor and interim head of health systems science in the UIC College of Nursing. Hughes is lead author of the study.

According to a study by UCLA psychologists and colleagues at the University of South Carolina, children with attention-deficit hyperactivity disorder (ADHD) are two to three
Advertisement

Researchers compared victimization experiences of unwanted sexual activity, neglect, physical violence, and assault with a weapon, across four sexual-identity subgroups-heterosexual, gay or lesbian, bisexual, or "not sure." The study used data collected nationally from 34,635 adults from the National Epidemiologic Survey on Alcohol and Related Conditions.


Hughes and her research team wondered if sexual-minority women and men are at a heightened risk for victimization. The results, Hughes said, showed that they are.

One possible explanation for this disproportionality, Hughes said, is that lesbians are more willing to acknowledge and report this experience.

"Gays and lesbians tend to be more self-reflective," she said.

"This means they are more likely to think about and report negative or stigmatizing life experiences. Heterosexuals may not be inclined to do so."

Gay men also had high rates of victimization, with about half of them reporting any lifetime victimization. They reported significantly higher rates of childhood sexual abuse, childhood neglect, partner violence and assault with a weapon than heterosexual men.

Not only are there higher rates of violence and victimization among sexual minorities, but there is also a higher rate of substance abuse, Hughes said.

The study has been published in the journal Addiction.

A more effective and personalised plan to assist patients suffering from substance abuse disorders can be designed by health professionals using the new version of the Addiction Severity Index (ASI).
Advertisement
Advertisement
This site uses cookies to deliver our services.By using our site, you acknowledge that you have read and understand our Cookie Policy, Privacy Policy, and our Terms of Use  Ok, Got it. Close
×