Sri Lankan Women Have To Wait Longer To Work Overseas 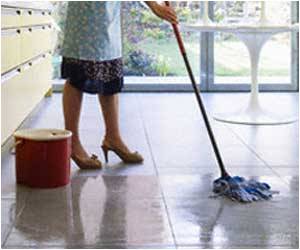 Sri Lanka on Wednesday raised the minimum age for women seeking employment abroad from 18 to 21, aiming at curbing the exploitation of young female migrant workers.

Although the order was imposed across the board, a government statement made it clear that the main focus was the large number of young Sri Lankan women who find work as maids -- mostly in the Gulf states.

Thanks to Recession, Japanese Students Saying 'no' to Overseas Education

"A tendency for abuse and vulnerability to different forms of exploitation appears to be commonly associated with young female domestic workers abroad," the statement said.


More than a million Sri Lankans are employed abroad -- the large majority of them as housemaids.

Many overseas nurses working in the UK seem to feel slighted, according to a new study appearing in the October issue of the Journal of Clinical Nursing.
Advertisement
Sri Lankans are among millions of South Asian migrant workers who seek work in the Gulf each year, many of them paying huge advances to sometimes unscrupulous middlemen which they then have to repay.

The Gulf states frequently come under fire from human rights watchdogs for their failure to do more to improve the working and living conditions of migrant workers.

Around 550,000 Sri Lankans live and work in oil-rich Saudi Arabia, many of them as domestic helpers or drivers.

Relations between the two countries have been uneasy following a claim in August by a Sri Lankan maid that her Saudi employer drove 24 nails into her body as punishment.

Saudi government and private sector officials have questioned her account.

The October issue of the Journal of Clinical Nursing says that many overseas nurses have negative experiences of living and working in the UK
Advertisement
<< Data Point to Role of Cellular Bioenergetics as a New Mecha...
Substance Abuse and Addiction Among Nurses Tackled Bette Wi... >>