Sari and the Risk of Cancer 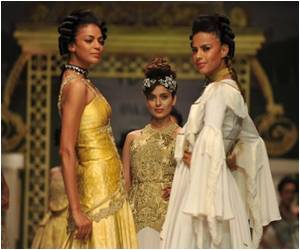 Wearing a sari can come with hidden dangers after a group of Indian doctors warned that the attire could increase the risk of cancer.

The doctors revealed that the risk of cancer increases if the women knotted their petticoats tightly at the same position over a long period of time.

The doctors added that though they have found only three such cases in women, there may be a large number of undiagnosed cases, especially in the rural areas where is it difficult to screen for cancer due to the unavailability of cancer specialists.


"The string of the sari petticoat, if tied in the same place day after day for an extended period, can cause chronic irritation. The constant irritation can result in scaling or pigmentation. These tight petticoat strings induce various dermatoses along the waist in females and may rarely give rise to malignancy", said Dr G. D Bakshi, associate professor of surgery at Grant Medical College, Mumbai.

Basal cell cancer is a locally invading cancer. It often occurs on the face above a line joining the angle of the mouth and the ear lobe.
Advertisement
Advertisement

Sari and the Risk of Cancer Personalised Printable Document (PDF)