Relocating to a New House may Help Bring Changes in Yourself 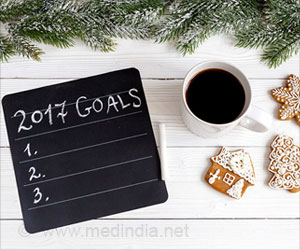 Do you want to make your New Year resolution less successful? Try relocating, as it may help to overcome the things one wants to change in themselves, says a new study.

The study showed that the time for successful habit change is not based on the calendar, but on big changes in our everyday lives like moving to a new home. "Changing your habits is very difficult, including finding the right moment to make a change," said Bas Verplanken, Professor at the University of Bath in Britain.

Doctors Must Stick To their New Year Resolutions

All the lessons learned at medical college on how lack of sleep throws out of gear everything from your metabolism to your concentration seem to remain in academic books.
Advertisement
‘The time for successful habit change is not based on the calendar, but on big changes in our everyday lives like moving to a new home.’
Tweet it Now

New Year may be a nice moment to mark the start of a new phase, but "the change in behaviour is embedded in other changes," Verplanken explains.


"In the case of moving to a new home for instance, people may need to find new solutions for how to do things in the new house, where and how to shop, commute, and so on. All of these aspects are absent when talking about New Year resolutions," Verplanken added.

This New Year, Being More Social Could Help Improve Health

Hospitals can also engineer social incentives among friends and family to improve health care of their patients.
Advertisement
For the study, the researchers studied the behaviours of over 800 people, half of whom had recently moved and the rest who had been at the same home for several years. The participants responded to questions on 25 environment related behaviours including water and energy use, commuting choices, and waste (food waste, recycling).

The result showed that people who recently relocated reported more change eight weeks later on a composite of twenty-five environment-relevant behaviours compared to participants who had not recently relocated.

These results were consistent in spite of the strength of previous habits and views, and are consistent with research from others. The study was presented at the Society for Personality and Social Psychology (SPSP) Annual Convention in the US.

Make Some Healthy Skincare Resolutions for the New Year

Suruchi Puri, Consultant Dermatologist and Director at Medi Makeovers, suggests some of the skin care resolutions which are a must.
Advertisement