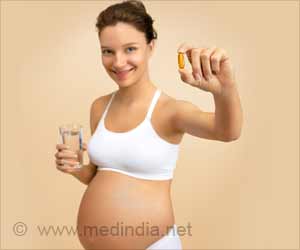 Progesterone enhances the chance of baby's birth in pregnant women with early bleeding and with a history of previous miscarriage, according to the research led by the University of Birmingham.

The PRISM trial, funded by the National Institute for Health Research (NIHR) and co-ordinated by Birmingham Clinical Trials Unit in collaboration with Tommy's National Centre for Miscarriage Research, is the largest ever trial of its kind and involved 4,153 pregnant women who presented with early pregnancy bleeding.

Advertisement
‘Women who are at risk of a miscarriage and with history of a previous miscarriage could benefit from using progesterone which saves thousands of babies who may have been lost to a miscarriage.’
Read More..


Dr Adam Devall, Senior Clinical Trial Fellow at the University of Birmingham and Manager of Tommy's National Centre for Miscarriage Research, explained: "Miscarriage is a common complication of pregnancy, affecting one in five women, and vaginal bleeding in early pregnancy is associated with a one in three risk of miscarriage.
Advertisement
"Several small studies have suggested that administering progesterone, a hormone essential for maintaining a pregnancy, may reduce the risk of miscarriage in women presenting with early pregnancy bleeding.

"The PRISM trial was undertaken to answer a very important research question; whether progesterone given to pregnant women with threatened miscarriage would increase the number of babies born after at least 34 weeks of gestation when compared with a placebo."

The researchers found that there was a 4% increase in the number of babies born to the women in the study who were given progesterone and had previously had one or two miscarriages compared to those given a placebo. (Of the 777 women given progesterone who had previously had one or two miscarriages, 591 (76%) went on to have a live birth, compared with 534 women out of 738 in the placebo group (72%).)

The benefit was even greater for the women who had previous 'recurrent miscarriages' (i.e., three or more miscarriages) - with a 15% increase in the live birth rate in the progesterone group compared to the placebo group. (Of the 137 women taking part in the trial who had previously had three or more miscarriages, 98 (72%) went on to have a live birth, compared to 57% (85 out of 148) women in the placebo group who went on to have a baby).

The ground-breaking research was published in the New England Journal of Medicine.

Arri Coomarasamy, Professor of Gynaecology at the University of Birmingham and Director of Tommy's National Centre for Miscarriage Research, said: "The role of progesterone in women with early pregnancy bleeding has been studied and debated for about 60 years, however what we have previously lacked is high quality evidence.

"The largest study before the PRISM trial had less than 200 participants; whereas our study had more than 4,000 participants and was of very high quality, which means we can be confident in our findings.

"Our finding that women who are at risk of a miscarriage because of current pregnancy bleeding and a history of a previous miscarriage could benefit from progesterone treatment has huge implications for practice. This treatment could save thousands of babies who may have otherwise been lost to a miscarriage.

"We hope that this evidence will be considered by the National Institute for Health and Care Excellence (NICE) and that it will be used to update national guidelines for women at risk of miscarriage."

Jane Brewin, Chief Executive of Tommy's, said: "The results from this study are important for parents who have experienced miscarriage; they now have a robust and effective treatment option which will save many lives and prevent much heartache.

"It gives us confidence to believe that further research will yield more treatments and ultimately make many more miscarriages preventable."