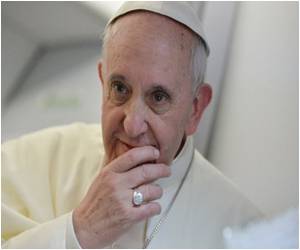 Pope Francis said that businesses had a responsibility to help people get back to work, and has denounced the scourge of unemployment recently.

"It is necessary to put human dignity at the centre of every point of view and every action. Other interests, even if legitimate, are secondary," he told a crowd of thousands during a mass in the Molise region.

According to a study, Somali immigrants to the UK and USA appear to integrate better and have fewer mental health problems if they are allowed to work.
Advertisement

"Employment is a challenge that is the particular responsibility of institutions, the financial world and business."


Italy scraped back into growth at the end of last year after suffering the worst recession since World War II, but unemployment in the eurozone's third-largest economy remains near record levels.

In Crucial Swing States in US Unemployment Rate Drops

Bolstering President Barack Obama's position on the economy, unemployment rates have fallen in nearly all the battleground states ahead of the November 6 presidential election.
Advertisement
The problem is particularly acute in Molisa, one of Italy's smallest regions, where official data showed 16.4 percent of people were without jobs in the first quarter of the year.

Pope Francis met with young people earlier in the day to discuss youth unemployment -- a major problem in Italy, where 43 percent of people aged 15-24 are without a job.

"We cannot resign ourselves to losing a generation that has no job and therefore has no dignity," he said.