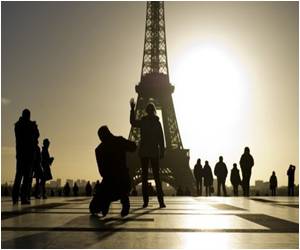 Lonely Planet's latest list has revealed that Paris has been reportedly voted as the `world's best city` to visit in 2014.

Last year, it was Hobart that made the Lonely Planet list due to its natural beauty, arts and foodie scene.

According to news.com.au, city of love, Paris leads the list, followed by Trinidad in Cuba at the second position, while iconic city of Cape Town in South Africa was chosen as the top third.


The bottom three positions in the list of top ten cities comprise Chicago at number eight, followed by Adelaide and Auckland on ninth and tenth position respectively.
Advertisement
The top 10 cities chosen by Lonely Planet include:

Grasshoppers, Beetles, Scorpions on Menu at Paris Bar
Chef Elie Daviron, of a tiny bar in Paris's Montmartre district, is happy to admit his new menu has ...

Unique 'Die-in' Protest Against Asbestos in Paris
To protest against the authorities failure to clear workplaces of asbestos which may lead to fatal ....