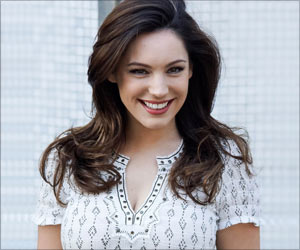 One in four women who constantly go on a diet want to get an ideal body like Kelly Brook, while around 20 percent want to lose at least two stone, a new survey reveals.

According to a survey, one in every four women admitted that they think the ideal weight is 9st but their ideal shape is softly feminine with the ample curves of model Kelly Brook or TV presenter Holly Willoughby, the Daily Express reported.

The survey by Lineaslim Effervescent Tablets has shown that most of the women follow a strict diet during the week in pursuit of the ideal body but 40 percent women added that the weekend sees them fall off the weight-loss wagon.


An average woman weighs 11st 2lbs and wears a size 16 dress but most think weighing more than 10st and wearing above a size 14 is undesirable and unattractive.

Promote Your Health with Nutrition Supplements
As a part of preventive care one should take a good quality nutritional supplement containing ......

Quinoa
Quinoa, a high fiber, mineral rich pseudo-cereal, is fast becoming popular as a superfood all over ....

Nutritional Guard - Bottle Gourd
Oozing with health and cosmetic benefits, the bottle gourd is a blessing in disguise many are ......