Obesity In Two-Year-Olds Declining In Australia 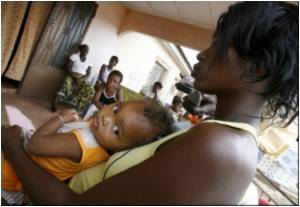 Obesity among pre-schoolers is declining in Australia, according to a Deakin University study.

The study by the varsity researchers in collaboration with the WHO Collaborating Centre for Obesity Prevention analysed Victorian maternal and child health service data on a total of 225,430 children aged 2 and 3.5 years between 1999 and 2007.

Diseases that were 'Adults only' now have a special preference for children. The cause is no great mystery and we all know it -childhood obesity
Advertisement


Deakin obesity expert, Professor Boyd Swinburn, said the results of the study were a sign that it is possible to turn the tide on obesity, but noted that the levels of childhood obesity are still very high and that there was no room for complacency.

The new Australian government is proposing to weigh children as young as four from next year to combat obesity epidemic.
Advertisement
"These results show promising signs that not only is overweight and obesity declining in some groups but that it may be possible to slow, even reverse, the wide-spread increase in obesity seen in recent years," he said.

As the study was conducted retrospectively, it is difficult to pinpoint the reasons for the decreases, Professor Swinburn said.

"There has been a lot of media awareness of childhood obesity over the last decade and there has also been a range of initiatives promoting good nutrition and active play in early childhood settings in Victoria. There are probably multiple contributors to the decline.

"Early childhood is a critical stage for embedding healthy habits and parents are also very receptive at this stage. Healthy food and active play policies in kindergartens and day care settings plus the education and advice from maternal and child health and primary care services seem to be lining up to support parents which is very positive indeed," he said.

The decline in overweight and obesity in preschool children may be occurring in other parts of the country and Professor Swinburn hoped that this study would stimulate other states and territories to examine their routinely collected data from maternal and child health services to see if this was the case.

An earlier study by the Deakin University team also showed, through a three year project called Romp & Chomp in Geelong, that this decline in overweight and obesity in preschool children could be significantly accelerated with low cost community support programs.

However, Professor Swinburn warned against thinking that the battle to reduce childhood obesity was over and renewed calls for stronger policies to support parents by restricting the marketing of unhealthy foods to children.

"The marketing of junk food to children which drives the pester power is still an enormous force undermining parents' attempts to create healthy diets for their children and regulatory action by government is long overdue," he said