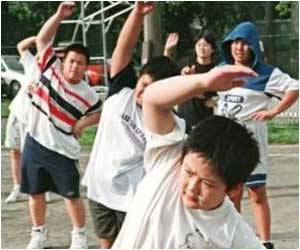 Teenagers who are obese, do little exercise and smoke are more likely to have frequent headaches and migraines than their peers with none of these factors, according to a new study.


"These lifestyle factors have rarely been studied in teens. This study is a vital step toward a better understanding of lifestyle factors and potential preventive measures that can be taken," Andrew D. Hershey, a member of the American Academy of Neurology said.

Computer- related injury (CRI) is a cluster of work-related symptoms in computer users such as Repetitive Strain Injury (RSI), Work Related Upper Limb Disorder (WRULD), and Musculoskeletal Disorder (MSD)
Advertisement
As part of the Nord-Trøndelag Health Study, 5,847 students age 13 to 18 in Nord-Trondelag county in Norway were interviewed by nurses about headaches and their weight and height measurements were taken. They also completed a questionnaire about physical activity and smoking. Out of the group, 36 percent of girls and 21 percent of boys reported having recurrent headaches within the last year.

A total of 16 percent of the students were overweight, 19 percent were smokers, and 31 percent exercised less than twice a week.

Study author John-Anker Zwart of the University of Oslo said the study suggests that the treatment and prevention of headaches in teens may need to include management of healthy habits such as regular exercise, healthy food choices and stopping smoking.

The study was published in the online issue of Neurology, the medical journal of the American Academy of Neurology.

Obesity is a condition where there is excess accumulation of body fat which poses a risk to the health of the individual. It can affect children and adults.
Advertisement
<< Early Life Experiences Has an Impact on Risks of Psychiatri...
Summer Babies are More Likely to be Diagnosed With ADHD >>

The Essence of Yoga Color Blindness Calculator Noscaphene (Noscapine) Diaphragmatic Hernia How to Reduce School Bag Weight - Simple Tips Accident and Trauma Care Pregnancy Confirmation Calculator Blood Pressure Calculator Post-Nasal Drip Drug Interaction Checker
This site uses cookies to deliver our services.By using our site, you acknowledge that you have read and understand our Cookie Policy, Privacy Policy, and our Terms of Use  Ok, Got it. Close
×