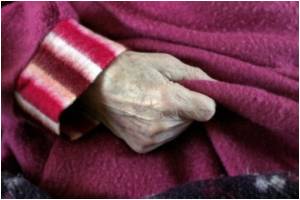 Nasal spray for diabetic patients could also have an effect on Alzheimer's disease, say scientists.

Type 2 diabetes is a known risk factor for Alzheimer's and it is believed that impaired insulin signalling in the brain could damage nerve cells and contribute to the disease.

Scientists from Northern Ireland, Sweden and the US have shown that some diabetes drugs can improve signs of the disease in mice and that intranasal insulin could be a new strategy to treat the disease, the Daily Express reported.


Dr Christian Holscher, a research scientist at the University of Ulster in Coleraine, said that the team has seen promising effects when they used the diabetes drugs to treat mice - bred to develop signs of Alzheimer's -who showed improved cognitive function and signs of new nerve cell growth.

New Nasal Spray to Treat Sinusitis
Researchers have isolated an enzyme from Bacillus licheniformis found on the surface of seaweed to ....