Microbubbles may Serve as Oxygen Suppliers in Cardiac Arrest 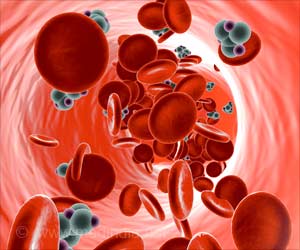 Air-filled microbubbles that could be used as an intravenous oxygen carrier to increase the survival rate of asphyxial cardiac arrest patients have been developed by a combined research at the Boston Children's Hospital and Harvard University.

Because these microbubbles rapidly dissolve in blood, the risk of embolism is minimal.

Advertisement
‘The microbubbles may be able to save many patients with cardiac arrest resulting from asphyxia because they give doctors some time to set right the cause of the oxygen deprivation or to perform a tracheotomy to re-establish air flow.’

Severe oxygen deficiency eventually leads to cardiac arrest. If the blood's oxygen content cannot be rapidly re-established, the patient may die within minutes.


Whether it results from a swimming accident, a piece of food in the trachea, an asthma attack, pertussis, or heart failure: In the United States alone, about 100,000 in-hospital patients die every year from cardiac arrest resulting from asphyxia. The microbubbles developed by the research working with Brian D. Polizzotti and John N. Kheir at Boston Children's Hospital and Harvard University (Boston, Massachusetts, USA) may be able to save many, because they give doctors some time to remedy the cause of the oxygen deprivation or to perform a tracheotomy to re-establish air flow.
Advertisement
The idea of using microbubbles as a way to carry substances, such as drugs or contrast agents, is not new. However, their intravenous injection always involved a high risk of life-threatening pulmonary embolism because they remained in the blood for too long. Other problems included low stability, components that couldn't be broken down, and poor control over morphology and size.

The new microbubbles do not have these disadvantages. Their success is due to a special production method involving the nanoprecipitation of biocompatible polymers at the interface between air and liquid. The starting material is dextran, a branched polymer made of glucose units. Functional groups such as acids are attached to give the polymer surface-active properties. When the polymer is dissolved in an organic solvent and water, in which it is not soluble, is added, it forms micelles. Homogenization with air forms a foam containing air bubbles surrounded by micelles. When more water is added, more and more micelles come together. These form solid nanoaggregates that form a shell around the air bubble.

When these microbubbles are added to blood, its pH value makes the acid groups form charged carboxylate groups. This allows water to penetrate the shell and release the oxygen. The electrostatic repulsion between the charges causes the shells to fall apart and the components dissolve completely.

The researchers blocked the airways of rodents to induce asphyxial cardiac arrest. After 10 minutes, they removed the blockage to simulate a doctor re-stablishing the airway. While all of the animals in the control group died, the rapid and repeated injection of the microbubbles during cardiac arrest saved all animals. There were no signs of embolism. Comparison with other oxygen carriers also demonstrated that the self-disrupting microbubbles were the only method by which the rodents were able to receive large amounts of oxygen, up to 12 mL without complications.

Source: Eurekalert
Advertisement
<< Substance Use Higher among Children with ADHD
Protection Against Influenza Made Better By a New Vaccine Di... >>

Cardiac Rehabilitation
Do you know how cardiac rehabilitation could help cardiac patients and why it is so effective? Read ...