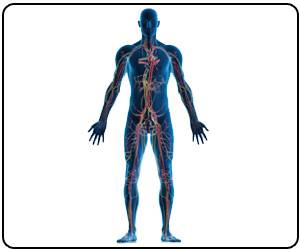 To make the discovery researchers with the UC Irvine Center for Epigenetics and Metabolism analyse hundreds of metabolic products present in the liver.

They identified more than 600 liver-originated metabolites, which are the chemical substances created by metabolism that sustain and promote cell health and growth.


Approximately 60 percent of these metabolites were found to be dependent on the endogenous circadian clock - many more than expected, as only about 15 percent of the body's genes are regulated by it.

Brain has its own rhythm analogous to body rhythm or circadian rhythm. If your brain rhythm is in sync with the circadian rhythm you can be healthier, happier and feel more energetic.
Advertisement
Circadian rhythms over 24 hours govern fundamental biological and physiological processes in almost all organisms. They anticipate environmental changes and adapt certain bodily functions to the appropriate time of day. Disruption of these cycles can seriously affect human health.

Center for Epigenetics and Metabolism director Paolo Sassone-Corsi, lead author on the study and one of the world's pre-eminent researchers on circadian rhythms, said the liver metabolites reveal how the body clock - through the main circadian gene, CLOCK - orchestrates the interplay between metabolites and signalling proteins in much the same way a conductor leads a symphony.

"Metabolites and signalling proteins - like the horns and strings in an orchestra - need to be perfectly coordinated, and we've found that CLOCK provides that direction," he said.

Since external cues such as day-night lighting patterns and nutrition influence the circadian machinery, metabolites and their relationship to signalling proteins in cells seem to be acutely tied to circadian disruptions.

This may help explain, Sassone-Corsi added, some of the primary physiological factors underlying obesity, high cholesterol and metabolic-based diseases like diabetes.

"This interplay has far-reaching implications for human illness and aging, and it is likely vital for proper metabolism," he said.

"By identifying the relationship between metabolites and the body clock, we have taken a first step toward a better understanding of how nutrients interact with our metabolism, giving researchers a new opportunity to spot the optimal times for us to get the fullest benefits from the foods we eat and the medications we take," added Kristin Eckel-Mahan, a UCI postdoctoral researcher in biological chemistry and study co-author.

With this information, they partnered with Pierre Baldi, director of UCI's Institute for Genomics and Bioinformatics, and his graduate student Vishal Patel to analyze the data and build CircadiOmics, a Web-based data system that provides detailed profiles of the metabolites and related genes in the liver and the underlying networks through which they interact.

"Within CircadiOmics, we were able to integrate this circadian metabolite data with multiple other data sources to generate the first comprehensive map of the liver metabolome and its circadian oscillations and develop regulatory hypotheses that have been confirmed in the laboratory," said Baldi, Chancellor's Professor of computer science.

"CircadiOmics is being expanded with metabolic data about other tissues and conditions and will be invaluable to further our understanding of the interplay between metabolism and circadian rhythms in healthy and diseased states," the researcher added.

The results of the study appeared this week in the early online edition of the Proceedings of the National Academy of Sciences.

Optogenetics and Its Clinical Applications

Light controlled neurons by genetically encoded molecules called opsins is what optogenetics is about. A new science that could revolutionize diagnosis and treatment.
Advertisement
<< Slacking Anti-Tobacco Fight by Cigarette Firms
Hibernating Bears` Wounds Heal Sans Speck of a Scar >>