Mental health issues were higher during the first two months postpartum in mothers of babies with neonatal abstinence syndrome (NAS), in comparison to mothers of infants without NAS, according to a new study. The findings of the study are to be presented during the Pediatric Academic Societies (PAS) 2018 Meeting in Toronto.

Women with a history of substance use disorders (SUD) have a high incidence of coexisting psychiatric and mood disorders as well as difficulty managing adversity. Such characteristics may affect the ability of pregnant women with histories of SUD to cope with an infant with NAS, particularly one with a protracted neonatal intensive care unit (NICU) course, exacerbating symptoms of mental health disorders.

The research data was extracted from Truven Marketscan® Commercial Claims and Encounters database from 2005 to 2013. Newborns with NAS were identified using the ICD-9 code 779.5 (drug withdrawal in the newborn). Newborn inclusion criteria included a delivery code, gestational age code or other perinatal code, gestational age of 35 weeks or greater, known discharge status and linkage to mother's records. Maternal inclusion criteria were inpatient claim indicating delivery of newborn and continuous enrollment nine months prior to and one year after delivery. Infants with significant medical diseases were excluded. Researchers matched each mother of a newborn with NAS to a mother of a newborn without NAS on age at delivery, birth year, gestational age, NICU stay and maternal mental health outcomes in the nine months prior to delivery.


The study found 338 mother-infant pairs met all inclusion and exclusion criteria and were matched to one control, and 246 (73 percent) of the infants with NAS had a NICU stay. Median length of stay for these infants was 10 days compared to three days for infants with no admission to the NICU (p<0.001). Compared to matched controls, mothers of an infant with NAS were significantly more likely (p<0.01 for all of the following) to have claims for major depression (33 percent vs. 11 percent), postpartum depression (7 percent vs. 0 percent), anxiety (27 percent vs. 1 percent) and adjustment reaction (9 percent vs. 4 percent).

"In the presence of the ongoing opioid epidemic across North America and beyond, evaluation of the far-reaching consequences of this crisis is crucial," said Dr. Tammy Corr, the lead author of the study. "For new mothers affected by substance use disorders, careful, repeated mental health screenings over the course of the first year of her baby's life may be beneficial to both the mother and her infant." 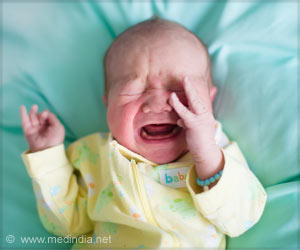 Buprenorphine Drug : Cuts Down Opioid Withdrawal Symptoms to Nearly Half in Infants
Opioid withdrawal in infants can be cut down to nearly half by using buprenorphine drug, finds study.
READ MORE