Medication to Slow Kidney Disease Found to be Ineffective

Allopurinol is ineffective in slowing the decline in kidney function despite up to 20 per cent of kidney disease patients being prescribed the medication, accoridng to the large, two-year study, known as CKD-FIX, to assess the effectiveness of allopurinol by The Australasian Kidney Trials Network.

Queensland Renal Transplant Service Medical Director and University of Queensland Professor of Medicine based at the Translational Research Institute, David Johnson, said until now there had been little robust evidence to demonstrate allopurinol's benefit in slowing the rate of decline in kidney function.

"We felt it was important to gather evidence of allopurinol's impact on patients with kidney disease who have never had gout," said Professor Johnson.


"In the CKD-FIX study, we compared the use of allopurinol to a placebo and found, to our surprise, that it made no difference to the rate of kidney function decline," he said.

"Based on these results we believe there is no benefit in prescribing this medication, unless there is an additional specific medical reason, such as gout. This much awaited, high-quality evidence will inform global clinical guidelines for patient treatment.

"It is important, though, that people with kidney disease who are already taking a medication like allopurinol to lower blood urate levels don't abruptly stop this treatment. They should discuss their kidney care management with their doctor first."

Lead Investigator-New Zealand, Dr Janak de Zoysa from the University of Auckland and Waitemata District Health Board said trials like CKD-FIX were very important as they allowed doctors to optimise clinical practice.

"Trials which show existing treatments to be not as effective as anticipated, allow for those medications to be stopped or not started in the first place, reducing unnecessary healthcare costs," said Dr de Zoysa.

The CKD-FIX study ran across 31 hospitals in Australia and New Zealand, with more than 369 patients -with stage 3 or 4 chronic kidney disease who were at increased risk of further progression - taking part in the trial.

The results from the study were published in The New England Journal of Medicine.

In the paper, the study authors reported a 35% reduction in blood urate levels, which was maintained throughout the two-year study period for patients prescribed allopurinol. Kidney function, however, declined at similar rates for two treatment groups; allopurinol -3.33 mL/min/1.73 m2/year (95% CI -4·11 to -2·55) and control -3.23 mL/min/1.73 m2/year (95% CI -3·98 to -2·47). There was no difference in the quantity of protein in the urine and blood pressure between the groups. 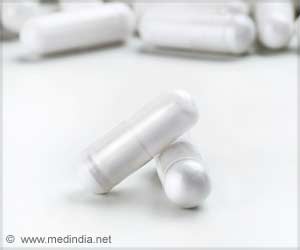