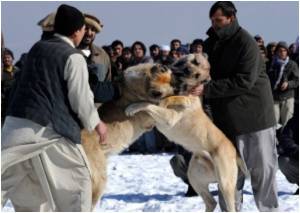 Making sense of the clutter of sensory stimuli is often a matter or literal life or death for many animals.

Exactly how animals separate objects of interest, such as food sources or the scent of predators, from background information, however, remains largely unknown. Even the extent to which animals can make such distinctions, and how differences between scents might affect the process were largely a mystery - until now.

A new study, described in an August 3 paper in Nature Neuroscience, a team of researchers led by Venkatesh Murthy, Professor of Molecular and Cellular Biology, showed that while mice can be trained to detect specific odorants embedded in random mixtures, their performance drops steadily with increasing background components. The team included Dan Rokni, Vikrant Kapoor and Vivian Hemmelder, all from Harvard University.


"There is a continuous stream of information constantly arriving at our senses, coming from many different sources," Murthy said. "The classic example would be a cocktail party - though it may be noisy, and there may be many people talking, we are able to focus our attention on one person, while ignoring the background noise."
Advertisement
"Is the same also true for smells?" he continued. "We are bombarded with many smells all jumbled up. Can we pick out one smell "object" - the smell of jasmine, for example, amidst a riot of other smells? Our experience tells us indeed we can, but how do we pick out the ones that we need to pay attention to, and what are the limitations?"

To find answers to those, and other, questions, Murthy and colleagues turned to mice.

After training mice to detect specific scents, researchers presented the animals with a combination of smells - sometimes including the "target" scent, sometimes not. Though previous studies had suggested animals are poor at individual smells, and instead perceived the mixture as a single smell, their findings showed that mice were able to identify when a target scent was present with 85 percent accuracy or better.

"Although the mice do well overall, they perform progressively poorer when the number of background odors increases," Murthy explained.

Understanding why, however, meant first overcoming a problem particular to olfaction.

While the relationship between visual stimuli is relatively easy to understand - differences in color can be easily described as differences in the wavelength of light - no such system exists to describe how two odors relate to each other. Instead, the researchers sought to describe scents according to how they activated neurons in the brain.

Using fluorescent proteins, they created images that show how each of 14 different odors stimulated neurons in the olfactory bulb. What they found, Murthy said, was that the ability of mice to identify a particular smell was markedly diminished if background smells activated the same neurons as the target odor.

"Each odor gives rise to a particular spatial pattern of neural responses," Murthy said. "When the spatial pattern of the background odors overlapped with the target odor, the mice did much more poorly at detecting the target. Therefore, the difficulty of picking out a particular smell among a jumble of other odors, depends on how much the background interferes with your target smell. So, we were able to give a neural explanation for how well you can solve the cocktail party problem."

"This study is interesting because it first shows that smells are not always perceived as one whole object - they can be broken down into their pieces," he added. "This is perhaps not a surprise - there are in fact coffee or wine specialists that can detect faint whiffs of particular elements within the complex mixture of flavors in each coffee or wine. But by doing these studies in mice, we can now get a better understanding of how the brain does this. One can also imagine that understanding how this is done may also allow us to build artificial olfactory systems that can detect specific chemicals in the air that are buried amidst a plethora of other odors."

How the Brain Learns to Ignore Familiar Stimuli Explained
A new explanation for the fundamental process of 'habituation' has been proposed by a ......

Our Brain Controls and Guide Behavior in Response to External Stimuli
Our brains combine information from the external world (sensory stimulation) with information on ......

Research Says Even Slight Stimuli can Change the Information Flow in the Brain
Previous research has indicated that what we believe we see in one of the most famous optical ......