The three mystery giant holes found recently in the northern Siberia might actually be odd types of sinkhole, reveals scientist.

Helicopter video footage of the first hole showed that it was surrounded by a mound of loose dirt that appears to have been thrown out of the hole. Sinkholes are pits in the ground formed when water fails to drain away.

Vladimir Romanovsky, geophysicist, said that the water likely came from melting permafrost or ice but whereas most sinkholes suck collapsed material inside, this one actually erupted outside, however, nothing like that has been ever mentioned in the science literature.


He further added that this part of Siberia contained deep gas fields, and it also contained a lot of small lakes, which formed around 4,000 and 10,000 years ago when the climate was warmer, perhaps these odd holes developed in the same way that sinkholes did, but later expanded.

However, many questions like if a sinkhole erupted material, why is the hole's border so round and even? Would there be enough gas to fuel such an eruption, and where did such gas come from? are still to be determined by the scientists.

According to Siberian Times reindeer herders stumbled across a crater that was approximately 260 feet wide, on the Yamal Peninsula, whose name means "end of the world" in mid-July. Since then, two new chasms a 50-foot crater in the Taz district and a 200- to 330-foot crater in the Taymyr Peninsula have also been discovered. 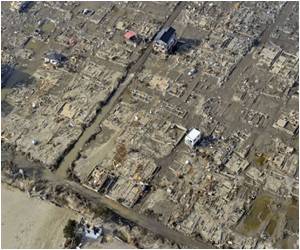 Earthquake Claims Over 360 Lives and Leaves Over 1,300 Injured in Southwest China
More than 360 people died and over 1,300 people were injured after southwest China was rocked by a 6.1-magnitude earthquake on Sunday.
READ MORE