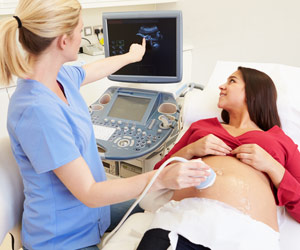 A 35-year-old woman from London recently broadcast going into labour live on Facebook to 200,000 strangers to show the reality of a normal birth.

According to a report on The Sun on Monday, Sarah-Jane Ljungstrom, who is a director at an ad-agency, switched on the camera just after her water broke while eating pizza at home.

A potential correlation between pre-labour caesarean delivery (PLCD) and acute lymphoblastic leukaemia could offer new targets for cancer prevention research.
Advertisement
‘Sarah-Jane Ljungstrom, from London, who is a director at an ad-agency, switched on the camera just after her water broke while eating pizza at home.’
Tweet it Now

During her 24-hour labour, she posted five videos showing live contractions and updates as her baby "moved down the birth canal".


"I have been vlogging (video blog) about motherhood and my pregnancy this year so it was natural for me to do the same and share my labour. I find being a mum so rewarding but it can be overwhelming and lonely," Ljungstrom said.

Cellular Signal Can Tell When Labour Is About to Begin

UTMB researchers uncovered the cellular signal in the amniotic fluid around the fetus that builds up when a pregnant woman is about to go into labour.
Advertisement
Ljungstrom's idea behind sharing the video of her labour was to show the other pregnant women how it went. She added that she always looked for help and advice especially about the big things like labour and feeding that she was anxious about.

Media reports have revealed that an Indian NGO is working towards eradication of child labour in Afghanistan.
Advertisement

Pregnancy exercises are instrumental in carving a healthy pregnancy journey. Pregnancy massages can aid in ...