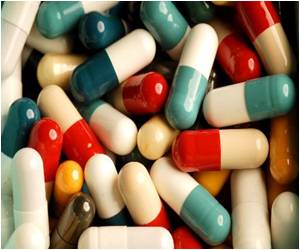 Among older adults, painkillers or anti-inflammatory drugs may be linked to a higher risk of an irregular heartbeat (atrial fibrillation), says study published in BMJ Open.

Atrial fibrillation has itself been linked to stroke, heart failure, and reduced life expectancy, while previously published research has linked the use of non-steroidal anti-inflammatory drugs, or NSAIDs, to a heightened risk of cardiovascular problems, including heart attack.

The research team regularly monitored the heart health of 8423 people taking part in the Rotterdam Study, a population based study that has been tracking the development of ill health and associated risk factors among adults aged 55 and older since 1990 in one district of Rotterdam, The Netherlands.


New and current cases of atrial fibrillation were diagnosed using heart tracer recordings (ECGs) while details of drugs prescribed to study participants was gathered from pharmacies collaborating on the research project.
Advertisement
The average of the study participants was 68.5, and over half of them (58%) were women.

During the average monitoring period, which spanned just under 13 years, 857 of the 8423 participants developed atrial fibrillation, 261 of whom had never used NSAIDs when they were diagnosed, while 554 had used NSAIDs in the past, and 42 were currently taking these drugs.

Current use was associated with a 76% greater risk of atrial fibrillation than never use, after taking account of other risk factors, such as age, sex, and underlying cardiovascular problems.

Similarly, recent use (with the preceding 30 days) of these drugs was linked to an 84% greater risk of atrial fibrillation. While there was a trend for higher doses to be linked to a correspondingly higher risk, this trend was not statistically significant.

NSAIDs may contribute to atrial fibrillation because they inhibit the production of the enzyme cyclo-oxygenase, which may increase blood pressure as a result of fluid retention, suggest the authors.

Alternatively, use of NSAIDs may indicate underlying inflammation, which may increase the risk of atrial fibrillation, they say.

But whatever the explanation, "the underlying mechanism behind this association [between NSAIDs and atrial fibrillation] deserves further attention," they conclude.

People With Irregular Heartbeat Should Take Blood Thinners to Prevent Stroke
An updated guideline recommends that people with nonvalvular atrial fibrillation, or irregular ......

Weight Loss Could Help Obese Reduce Risk of Potentially Fatal Irregular Heartbeat
Cutting down a lot of weight can help overweight or obese people reduce their risk of developing a ....

Risky Practice: Patients on Painkillers Visiting Multiple Doctors
A Harvard Medical School study revealed that one out of three persons covered under Medicare ......

Ectopic Heartbeat
Ectopic heartbeats are small changes in regular, normal heartbeats. These changes cause either a ski...