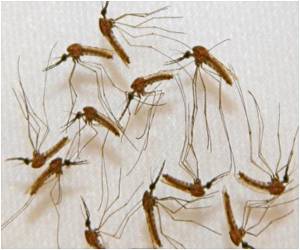 The researchers analyzed over 1000 proteins in more than 700 children. To make the study more rigorous, the samples were divided into "discovery" and "verification" sets, and only associations that were found in both were reported. There were 41 proteins that could distinguish between malaria patients and uninfected children from the same community. Most of these were components of the inflammatory response.

The researchers also found proteins that were specific to the two most deadly complicated malaria syndromes in children, namely severe malaria anemia and cerebral malaria. For both, combinations of proteins, so-called "signatures", could identify the specific syndrome with high accuracy.


For cerebral malaria, the researchers found that a group of muscle-specific proteins was present in the children's blood, suggesting that muscle cells are damaged. At least some of that damage might be associated with coma, which occurs in cerebral malaria but also in other diseases like meningitis.
Advertisement
The researchers conclude that their study could "provide key elements toward the discovery of distinct mechanisms in the human response to malaria infection between the two most fatal syndromes of childhood malaria" and that muscle-specific proteins in plasma might be "potential indicators of cerebral malaria".

McMaster Researchers Discover That Muscle Damage Is Illustrated By A Specific Protein
A protein that is only detectable after muscle damage, and it may serve as a way to measure injury, ...

Muscle Damage Caused by Genetic Disease can be Treated
Researchers from the University of Edinburgh in Scotland claim that it is possible to treat the ......