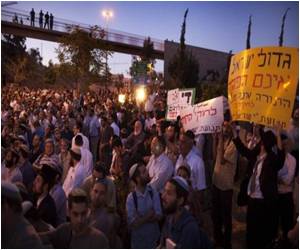 A local media reports that Kuwait will soon bar foreigners from attending public hospitals in the mornings.

The decision comes after complaints in parliament of Kuwaiti patients having to wait for treatment at public health facilities because of the large number of expatriates.

Health Minister Mohammad al-Haifi, who is also a surgeon, ordered that the outpatient clinics at the public hospital in Jahra, west of Kuwait City, will only receive Kuwaiti patients in the morning from June 1.


Foreign residents will be able to receive treatment in the evenings, said the decision published in Kuwaiti media on Thursday.

Kuwait is home to 2.6 million foreigners, mostly from India, Pakistan, Bangladesh, the Philippines, Egypt and Syria, and 1.2 million native Kuwaitis.
Advertisement
The new system will be applied at the clinics at Jahra hospital for six months on a "trial basis before its application at other (government) hospitals".

Kuwait provides free medical services to citizens but expats must pay an annual fee of $175 each besides paying reduced charges for certain procedures like x-ray.

Activists in the oil-rich Gulf state condemned the move, and opposition lawyer and writer Mohammad Abdulqader al-Jassem described it as "racial segregation" on Twitter.

Similar restrictions are in place at other government agencies such as the traffic department, which handles applications from Kuwaitis only in the morning.

Racist Oz Attacker Bit His Own Finger To Escape Police Interrogation
After attacking and racially abusing an Indian taxi driver, an Australian man tried to break his ......

Foster Children Removed from Care of 'Racist' UK Couple
Media reports indicate that a local authority has removed three non-white children from their ......