by Nancy Needhima on  September 18, 2010 at 2:40 PM Medindia Exclusive - Interviews and In depth Reports

Children are the undisputed greatest gifts on earth, but how prepared and equipped is the society to ensure that the innocent ones are cherished, shielded, guarded and supported by responsible adults? Protecting children from abuse and empowering them to exercise their right to safeguard their integrity was the highlight of the National Conference on Child Abuse for Multi Disciplinary Professionals, held on 17th September 2010, at the Seminar Hall of SRMC and RI, Sri Ramachandra University, Chennai. 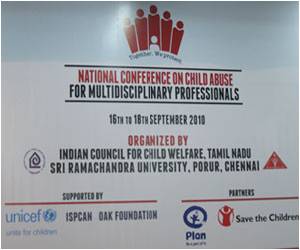 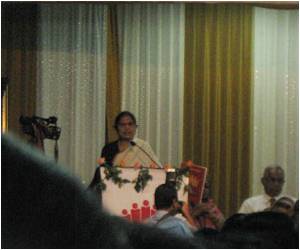 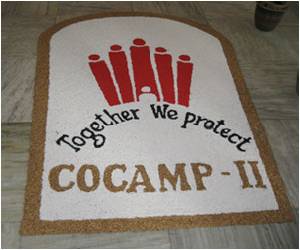 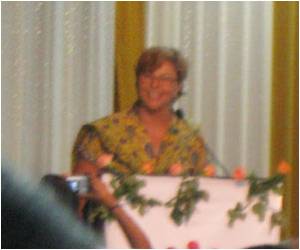 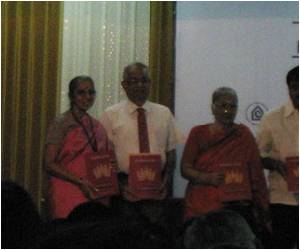 
The conference encouraged involvement from members beyond the NGOs and other social welfare organizations to create awareness on the prevalence of child abuse and steps to check the crime perpetrated against young lives. Active participation included professionals from various disciplines, people from different states in India and sponsors from organizations that are committed to the abolition of any form of child abuse. The numbers present proved the awareness; hence the evident focus was the call for action.

Dr. Shantha Sinha, Chairperson, National Commission for Protection of Child Rights, Delhi, highlighted in her speech as to how children are vulnerable to abuse by people closely trusted by them such as fathers, teachers, wardens and neighbors. But the little ones are overpowered and forced to succumb to the abusive adults thrusting victims to silence. One of the three brutal examples of child abuse cited by Dr. Sinha, was where one child victim whose uterus had to be removed because of the violence perpetrated on her, demanded justice but was abandoned by the legal system because the police wouldn't even file an FIR. Another similar example exposed the state of irresponsibility  of authorities and the loopholes in the existing system of law and order that allowed the criminal to go scot-free after severely abusing a child.

Limitations in the Legal System

Sexual assault does not necessarily involve physical contact non-contact and invasive assaults should also be categorized as sexual assault in the legal system. As of now, the legal system addresses sexual molestation only to female victims and not boys. Plus, investigative measures often re-victimize the abused child.

The conference emphasized on the need for pre-investigative procedure to collect evidence, and conduct an inquiry where the child will be comfortable through the procedure. The Juvenile Justice system should integrate 'children in contact with law' where children should be given a fair hearing as witnesses. Investigation by police should protect children from hostile processes and secondary victimization. And finally the examination procedure must not be harmful to the child.

Since children are in no position to express abuse inflicted on them, the repercussions have long term devastating impact such as HIV/AIDS, depression, suicide, behavioral disorder and so on. "Children do not report abuse", accounted Dr. Sinha, and hence insisted on creating a safe and supportive environment to be implemented in households, schools, hostels and everywhere children spend time.

The first amendment suggested was at the Policy Level, where there should be universal and secondary education for children, followed by zero tolerance to sexual abuse. This plainly means the need for legislative reform. Secondly at the Service Level, in other words at the Capacity Level where people should be in a position to protect and be sensitive to children.  For this, adequate training on handling child abuse must be a mandate to lawyers, police, teachers, and people from other disciplines. Thirdly, family must be supportive. Discrimination of girl child, child marriage, sending children far away to work as domestic help has to be discouraged and severely dealt with, if reported. Finally and most importantly children should be empowered to protect themselves and others.  The role of media will definitely induce awareness on child abuse but media should assume responsibility to treat the issue with sensitivity.

The conference was felicitated by dignitaries, especially Honorable Justice K.G. Balakrishnan, Chairman National Human Rights Commission, New Delhi, Thiru. V.R. Thanikachalam, Chancellor Sri Ramachandra University, Chennai, Ms. Mary Yapur, Training Officer, International Society for Prevention of Child Abuse and Neglect, USA, Dr. Satish Kumar, State Representative, Chennai and Kerala, UNICEF, Dr. Sarojini Varadappan, President, ICCW, Tamil Nadu and Dr. S. Rangaswami, Vice Chancellor, Sri Ramachandra University, Chennai. The conference was organized by Indian Council for Welfare, Tamil Nadu and Sri Ramachandra University, Porur, Chennai. The program was supported by International Society for Prevention of Child Abuse and Neglect (ISPCAN) and OAK Foundation in partnership with PLAN India and Save the Children (Bal Raksha). The Resource Book containing details on measures that need to be implemented and the current state of affairs on Child Abuse was presented on this occasion. As Ms. Mary Yapur put it, the vision of Mr. Henry Camp, the founder of International Society for Prevention of Child Abuse and Neglect, was to implement a multi-disciplinary action, because every individual has a very important role to play in addressing the issue of child abuse.

Child Abuse - When Gods Gifts Land in Devils Clutches
Every second child in India had been a victim of some form of abuse. Worse still, more than 50% of the children had been subjected to sexual abuse of different kinds.
READ MORE