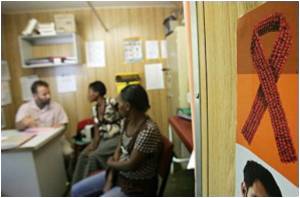 A mega international TB research will involve scientists from 25 labs across Europe and focus on compounds that target DNA gyrase, an enzyme. The target has already been established as effective and safe. Some groups in the US and India are also part of the project.

"We want to accelerate the discovery of new compounds that can be turned into effective drugs," said Professor Tony Maxwell from the John Innes Centre, a key player in "More Medicines for Tuberculosis", the new research project.

One group of compounds under study at JIC are naphthoquinones, originally extracted from plants including the toothbrush tree, Euclea natalensis.


Two billion people are currently infected with TB and three million die every year. TB causes more deaths than any other infectious disease. Rates are increasing, especially in sub-Saharan Africa, where people with HIV are particularly vulnerable. It is also associated with intravenous drug use and increased rates may be linked to immigration.
Advertisement
"The bacterium is difficult to get at," said Professor Maxwell. "It is slow growing, spends a lot of time hidden in cells before it makes itself known, and has very tough cell walls of its own."

Treatment is relatively long term, requiring a drug regime over four to six months. Non-compliance is a problem, exacerbating the challenge caused by resistant strains.

"Drug discovery research for tuberculosis is dependent on academic labs and no single lab can do it", said Professor Maxwell.

Working on new compounds to hit known targets, rather than compounds that may struggle to access bacterial cells or that may have unknown effects in humans, will provide a quicker route to clinical trials.

"Finding new antibiotics that work is only the first step," warns Professor Maxwell.

The next stage will be to determine how exactly the antibiotic compound operates and whether it has a hope of working in a clinical environment.