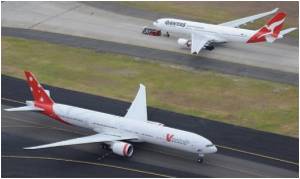 Would you be able to refuse an offer of a few nights' stay at the former hideout of a ruthless mafia boss near the town that partly inspired the "Godfather" books and films?.

Not sold on a break in blood-stained land?

Consider this: there's no more sleeping with the fishes, as the Sicilian saying goes.


The property, which includes the sheep pen where imprisoned mafia chief Toto Riina once hid out, has been transformed into a rustic bed-and-breakfast in the heart of western Sicily and given a new name, the "Lands of Corleone".

Medical tourism can be broadly defined as provision of ''cost effective'' private medical care in collaboration with the tourism industry for patients needing surgical and other forms of specialized treatment.
Advertisement
It forms part of a list of former mafia assets seized by Italian authorities and recently turned into holiday spots, vineyards or olive oil factories, giving new life to lands tainted by violence and crime.

There's no hint that one of the clan's grislier murders of the 1990s was carried out not far away, when Riina's right-hand man Giovanni Brusca strangled the young Giusepppe di Matteo then dissolved his body in acid to punish the teenager's father for turning state's witness.

Consider another project some 20 kilometres (12.5 miles) down the road, where a sign reading "mafia-seized asset" greets clients of the "I Cento Passi" winery -- named for a 2002 movie on the mafia killing of journalist Peppino Impastato.

"We are right outside of Corleone, and this fully planted vineyard proves that, starting out from nothing, we can produce excellence, a vine offering its most refined varieties," Francesco Galante of the Libera association said.

Libera, an anti-mafia organisation founded by a Catholic priest, the Reverend Don Ciotti, specialises in the remodeling of seized assets. But that job has not come without its risks.

"Creating jobs on mafia land puts us in a difficult position: we have been the object of some serious intimidation attempts, arsons and robberies," Galante said. "It was meant to discourage us."

Despite the challenges, those who have worked on such transformations, made possible by changes in Italian law, say they are worth the risk.

Police have long been allowed to seize assets from mafia members or businessmen with ties to organised crime simply on the basis of suspicion. But since 1996, such goods can be "reused for social aims".

Italian Prime Minister Silvio Berlusconi's government has stepped up seizures, using them as one of its main weapons in the fight against the country's three large mafia syndicates.

Those three are the Cosa Nostra in Sicily, the Camorra around Naples and the 'Ndrangheta in Calabria, the tip of the Italian peninsula.

Over the past two years, money and more than 15,000 seized assets such as buildings, villas, land and factories have added up to more than 10 billion euros (12.5 billion dollars).

In Palermo, the Sicilian capital, one of the 1,700 real estate assets seized hosts the regional anti-mafia investigation unit (DIA).

Hitting mafia assets "is a complicated task because their holdings are often registered under the name of dummy corporations abroad or figureheads," the head of Palermo's DIA Elio Antinoro told AFP.

Assets, however, are one of the bosses' weak spots.

"Their power flows from their ability to pay salaries to their accomplices and families, or to pay for their legal defence once they are in jail," said Rosolino Nasca, colonel at the local anti-mafia brigade.

The end result often provides a stark contrast between the evils once inflicted by organised crime figures and public-spirited projects.

Libera set up a horse-riding school on land formerly belonging to Brusca, and the centre has been named after his young victim, Giuseppe di Matteo.

It has also opened shops -- one in Palermo is in a building seized from an entrepreneur tied to the mafia -- where it sells lentils, infusions or pasta from "mafia-free land".

Customers can choose from two different kinds of olive oil: the version from olives grown on land once belonging to mafia syndicate Sacra Corona Unita or the variety from former Cosa Nostra property.