Good Looks and Humor Do Have a Connection 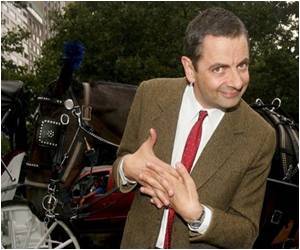 What has an appealing sense of humor got to do with the way one looks?

A lot, say researchers from the University of Stirling, as a recent study found that the more attractive a person is, the funnier they are perceived to be.

The study found that attractive people were thought to have a better sense of humor. As regards romance, attractiveness and sense of humor always provided the right recipe for a quick and short romance.


Psychologists are of the opinion that men use humor to appear attractive to women. They also crack jokes to show off their wit and intelligence, as a way to score well with women and appear attractive.
Advertisement
Women also appeared to be drawn to men who were humorous, with some of them preferring the sarcastic brand of humor.

An interesting survey of more than 1000 women found that 77% of them rated humor as the foremost quality they would look for in a potential mate, much more than other traits such as intelligence, confidence and passion.

Apes Love Slapstick Humor
Researchers looking into the origins of laughter and its social implications have found that even .....

Humor, Not Respect, Preferred Trait in Bosses
A new study has found that employees are more comfortable with a boss who has a sense of humor ......

Survey: Does Gallows Humor Among Physicians Encourage Accusations of Murder and Euthanasia?
Nearly three quarters of the sample reported having been "humorously" accused of promoting death; .....