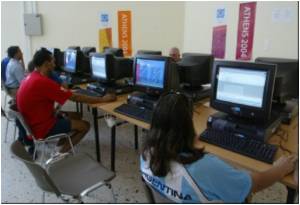 The stock of IP addresses is about to get over very soon, it has emerged.

Once that happens, each of the five regional agencies that hand out net addresses will get one of the remaining blocks (called /8) of 16 million addresses, which will also be exhausted by September 2011.

Indian Youngsters Not on Mobile Internet, Unlike Chinese Counterparts

Indian youngsters are less tech-savvy as compared to their global counterparts, if the recent research by Nielsen is anything to go by.
Advertisement

And the trigger for the distribution is likely to come from a body known as Apnic, the agency that oversees net addresses in the Asia-Pacific region.


Geoff Huston, chief scientist at the agency, said that once Apnic's store of addresses falls below a key threshold, it will ask for more from the central repository - the Internet Assigned Numbers Authority (IANA).

Just one of more than 300,000 Facebook users who support a page set up to condemn her say that a teenager involved in a car crash that killed nine people in Thailand deserves
Advertisement
"When IANA process this request that will leave it with five /8s in its pool," the BBC quoted him as saying.

"That will trigger the IANA to activate its 'final /8' actions, which entail the IANA handing out a final /8 to each of the five regional Internet registries," he added.

Axel Pawlik, managing director of RIPE, which distributes net addresses in Europe, said he expected the entire stock to run dry in September 2011.

"It might be earlier," he said, "as we have had some quite significant growth."

"There have been a lot of big requests for addresses specifically in the US and Asia but that's not a surprise as they have all the people there and the growth too," Pawlik said.

Added to that is the difficulty that Ripe and other agencies were planning to reserve a chunk of addresses for new entrants and to help with migration to the new addressing scheme - IP version 6 (IPV6).

"If you do not have any plans for IPv6 now you are irresponsible. They should have that in place, if they do not have that by now something is going seriously wrong," said Pawlik.

Experts have said that it is impossible to realize the plan made by the British government to block Internet pornography at source.
Advertisement
<< Enzymes Behind Blood Vessel Damage Identified
Lady Gaga Developing Perfume That Smells Like 'Blood and Se... >>