Getting Married To Your First Cousin May Protect Your Heart 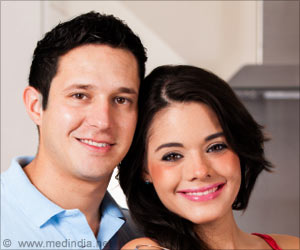 You might be surprised to know that getting married to your first cousin changes a few genes in your body which indirectly lowers the risk of heart disease.

More than 1,800 individuals carrying loss-of-function mutations in both copies of their genes, so-called "human knockouts," are described in the first major study by an international collaboration led by the Perelman School of Medicine at the University of Pennsylvania and colleagues.

Lipid profile test/screening is done by measuring total cholesterol, HDL-cholesterol and LDL - cholesterol levels in the blood.
Advertisement
‘First cousins who got married to each other did not have the gene APOC3, which regulates the metabolism of triglyceride-rich lipoproteins in the blood.’
Tweet it Now

The program, which has so far sequenced the protein-coding regions of over 10,500 adults living in Pakistan, is illuminating the basic biology and possible therapeutics for several different disorders.


The team has identified more than 1,300 genes completely knocked out in at least one individual. They first turned their attention for deeper analysis to genes involved in cardiovascular and metabolic diseases.

High triglyceride levels may lead to heart disease. Keep your triglyceride levels in check with these foods.
Advertisement
One gene in particular, APOC3, which regulates the metabolism of triglyceride-rich lipoproteins in the blood, was missing in several dozen individuals in a small fishing village on the coast of Pakistan where first-cousin marriages are culturally prevalent.

"These are the world's first APOC3 human knockouts that have been identified," said co-first author Danish Saleheen.

"Their genetic makeup has provided unique insights about the biology of APOC3, which may further help in validating APOC3 inhibition as a therapeutic target for cardiometabolic diseases - the leading cause of death globally."

"The Human Genome Project gave us a 'parts' list of 18,000 genes. We are now trying to understand gene function by studying people who naturally lack a 'part,'" said co-senior author Sekar Kathiresan.

"We think that over the next ten to twenty years, with a concerted, systematic effort, it's possible to find humans who naturally lack any one of several thousand genes in the genome and understand what the phenotypic consequences are."

"The project highlights the value of looking at diverse populations, particularly for genetic analyses, you'll find variants in one ethnicity and not another," said co-first author Pradeep Natarajan. The study is published in Nature.

Dyslipidemia is a condition due to imbalance of fats in blood. Find out more about dyslipidemia, its causes and methods to treat the condition.
Advertisement