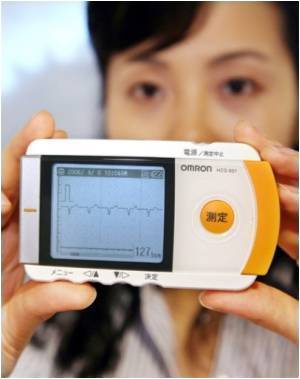 A key gene network behind the hardening of the arteries and the coronary heart disease has been identified, says an international team of researchers. The findings expose potential targets for the treatment of heart disease.

Dr Michael Inouye, a postdoctoral fellow at the Walter and Eliza Hall Institute, began the study at the Wellcome Trust Sanger Institute in the UK and completed it earlier this year at the Walter and Eliza Hall Institute. Researchers from Finland's National Institute for Health and Welfare, the University of Helsinki and Leiden University Medical Centre in The Netherlands were also involved in the study.


Concentrations of cholesterols circulating in the blood are an important predictor of coronary artery disease, the most common form of heart disease. The main pathology of coronary artery disease is so-called 'hardening of the arteries', or atherosclerosis, a cycle where cholesterol builds up on the walls of arteries and the body's resultant immune response leads to more build up.


To investigate how cholesterols in the blood stream activate circulating immune cells, the researchers looked at samples from more than 500 volunteers to construct biological networks of genes that move in concert.

The volunteers were participants in Finland's Dietary, Lifestyle and Genetic determinants of Obesity and Metabolic syndrome (DILGOM) study.

Dr Inouye said the study identified a network of genes whose activity was tied to the level of cholesterols in the blood. "For all intents and purposes these genes look like an inflammatory network and appear reactive to high-density lipoprotein, triglycerides and apolipoprotein B; all of which are predictors of downstream cardiovascular disease," he said.

The research is published in a recent issue of the journal PLoS Genetics.

"We are just beginning to understand biological networks and how they relate to disease," Dr Inouye said. "This is absolutely imperative as, while knowing the changes in DNA that predict disease is important, we can now do better. Knowing how diseases impact biological networks allows researchers to identify multiple levels of potential intervention."

Dr Inouye said the research was done in memory of his PhD mentor Professor Leena Peltonen, from the Wellcome Trust Sanger Institute, who died in March from bone cancer.

The study was supported by the Wellcome Trust, the Australian National Health and Medical Research Council and the Finnish Academy. It would not have been possible without the volunteers who showed extraordinary generosity toward biomedical research, Dr Inouye said.