French Company to Come Out With Scented Underwear for Men 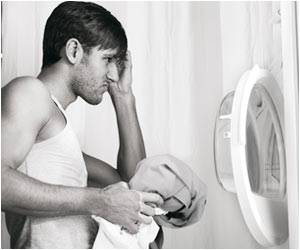 A French underwear company has raised over $25,000 in order to come out with a new line of sweet-smelling underpants for men.

The so-called "Indomitable" briefs will be manufactured by "Le Slip Francais", a company set up in 2011 by 27-year-old Guillaume Gibault, who decided to bank on a trend for all things made in France to sell underwear.


The idea behind crowdfunding is that anyone on the Internet can contribute money to a project, in some cases in exchange for shares in a company or other rewards.
Advertisement
Gibault told AFP the briefs will be scented thanks to micro-capsules full of homemade perfume that will be incorporated into the cotton used to make the underpants in the Lille region of northern France.

As soon as the lucky owner of the briefs moves around, the capsules will release the perfume and the scent will last up to 30 washes, he says.

"It's quite a masculine perfume, not very strong, based on musk and pears," he said.

"Le Slip Francais" has become something of a success story in France, which is suffering badly from lack of competitiveness and a general perception of hostility towards business owners and entrepreneurs.

It employs five people in its Paris headquarters, and outsources the manufacture of the underwear to factories in different parts of France, including Lille and the southwestern Dordogne region.

The firm has so far sold some 20,000 of its red, white, blue and black briefs, and plans to develop its presence abroad, with Japanese people proving to be particularly enthusiastic clients.

Gibault says the company is already profitable, adding that the whole project shows "that we are capable of innovating in France".

"Le Slip Francais" had originally intended to raise 10,000 euros for the scented briefs, but has surpassed that amount by far and could still get a lot more before a June 3 deadline it set on its crowdfunding page -- http://www.mymajorcompany.com/projects/sentez-bon-du-slip#home

Supporters will get a range of rewards for their donations, ranging from a key ring to becoming the face -- or body of -- the new underpants when the firm's advertising drive begins.

Constipation
Constipation, or difficulty passing stool, is a common digestive complaint and is a symptom of ......

Halitosis
Halitosis is an embarrassing condition that affects a person's self confidence. It is usually ......