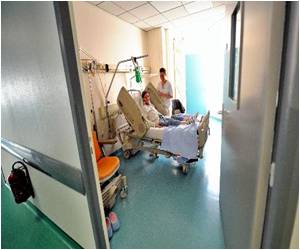 Great strides against cancers have been made with immunotherapy, which has proved that at least some cases of cancer are curable. However, scientists still do not understand why it works well in some cases but not others.

The technique, hailed as Science magazine's breakthrough of 2013, involves training the immune system to attack tumors.

In some cases, the approach disarms the tumor's defenses, in other cases it selects a patient's toughest immune cells, growing them in a lab and reinjecting them to bolster the body's assault on cancer.


"The beauty of this approach is that it is more selective ... and is producing durable and long-lasting remissions," said Steven O'Day, associate professor of medicine at the University of Southern California Keck school of Medicine.
Advertisement
According to research published late last year, 40 percent of patients with advanced melanoma who were treated with immunotherapy were showing no signs of cancer seven years later.

The results of three clinical trials released Monday at the American Society of Clinical Oncology in Chicago may bolster this number.

One of them, an early phase one study of patients with inoperable melanoma, led to an unprecedented median survival of three and a half years in a cancer that usually kills within about one year.

"This is truly revolutionary and now the treatments are getting so good in melanoma that we are seeing for the first time significant progress in very difficult to treat solid tumors," added O'Day.

Solid tumors are found in most cancers, including cervical cancer, which is the latest breakthrough in immunotherapy.

Researchers from the National Institutes of Health reported Monday that a new technique to lift immune cells from a tumor and then grow billions of them in the lab for reinfusion into the patient succeeded in two of nine patients.

The women, both in their late 30s, were given less than a year to live before they entered the trial, and had cancer throughout their bodies. They now show no signs of cancer -- one for 22 months and the other more than a year after treatment.

But why it did not work in the other eight subjects remains a mystery that scientists are working hard to solve.

When it comes to melanoma, as well as kidney and lung cancer, a new kind of drug that blocks a protein called PD-1 has energized the field of research.

"PD-1 is arguably the most exciting breakthrough in cancer therapy in a decade," said Mark Schoenebaum, an analyst with ISI Group.

Pharmaceutical giants Bristol-Myers Squibb and Merck are among those racing to make drugs that will help the immune system recognize and attack cancer.

Experts say the field of immunotherapy has a market potential of 35 billion dollars.

Promise Against Melanoma With Immunotherapy
Researchers have unleashed the immune system to attack skin cancer and have made important strides ....

Primary Androgen-Deprivation Therapy Has No Survival Benefit in Cancers Confined to Prostate
Study finds that there is no survival benefit from PADT for men with clinically localized prostate ....

Oral Immunotherapy in Treating Egg Allergy in Children
Growing children should eat eggs, as they are an important source of proteins and calcium. ......

Powerful T Cells Aimed in New Cancer Immunotherapy Against Tumors
A new immunotherapy treatment has been developed in response to which the deadly skin cancers in ......