Eating too Much? May be Your Blood's Messing Up 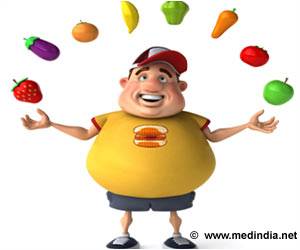 Your blood may be responsible for the spike in your appetite, says research.

Bone marrow cells that produce brain-derived eurotrophic factor (BDNF), known to affect regulation of food intake, travel to part of the hypothalamus in the brain where they "fine-tune" appetite, said researchers from Baylor College of Medicine and Shiga University of Medical Science in Otsu, Shiga, Japan, in a report that appears online in the journal Nature Communications.

"We knew that blood cells produced BDNF," said Dr. Lawrence Chan, professor of molecular and cellular biology and professor and chief of the division of diabetes, endocrinology & metabolism in the department of medicine and director of the federally funded Diabetes Research Center, all at BCM. The factor is produced in the brain and in nerve cells as well. "We didn't know why it was produced in blood cells."


Dr. Hiroshi Urabe and Dr. Hideto Kojima, current and former postdoctoral fellows in Chan's laboratory respectively, looked for BDNF in the brains of mice who had not been fed for about 24 hours. The bone marrow-derived cells had been marked with a fluorescent protein that showed up on microscopy. To their surprise, they found cells producing BDNF in a part of the brain's hypothalamus called the paraventricular nucleus.
Advertisement
"We knew that in embryonic development, some blood cells do go to the brain and become microglial cells," said Chan. (Microglial cells form part of the supporting structure of the central nervous system. They are characterized by a nucleus from which "branches" expand in all directions.) "This is the first time we have shown that this happens in adulthood. Blood cells can go to one part of the brain and become physically changed to become microglial-like cells."

However, these bone marrow cells produce a bone marrow-specific variant of BDNF, one that is different from that produced by the regular microglial cells already in the hypothalamus.

Only a few of these blood-derived cells actually reach the hypothalamus, said Chan.

"It's not very impressive if you look casually under the microscope," he said. However, a careful scrutiny showed that the branching nature of these cells allow them to come into contact with a whole host of brain cells.

"Their effects are amplified," said Chan.

Mice that are born lacking the ability to produce blood cells that make BDNF overeat, become obese and develop insulin resistance (a lack of response to insulin that affects the ability to metabolize glucose). A bone marrow transplant that restores the gene for making the cells that produce BDNF can normalize appetite, said Chan. However, a transplant of bone marrow that does not contain this gene does not reverse overeating, obesity or insulin resistance.

When normal bone marrow cells that produce BDNF are injected into the third ventricle (a fluid-filled cavity in the brain) of mice that lack BDNF, they no longer have the urge to overeat, said Chan.

All in all, the studies represent a new mechanism by which these bone-marrow derived cells control feeding through BDNF and could provide a new avenue to attack obesity, said Chan.

He and his colleagues hypothesize that the bone marrow cells that produce BDNF fine tune the appetite response, although a host of different appetite-controlling hormones produced by the regular nerve cells in the hypothalamus do the lion's share of the work.

"Bone marrow cells are so accessible," said Chan. "If these cells play a regulatory role, we could draw some blood, modify something in it or add something that binds to blood cells and give it back. We may even be able to deliver medication that goes to the brain," crossing the blood-brain barrier. Even a few of these cells can have an effect because their geometry means that they have contact with many different neurons or nerve cells.

He credits Urabe and Kojima (now with Shiga University of Medical Science in Japan) with doing most of the experiments involved in the research.

Disruption In Body Clock Raises Risk of Diabetes, Heart Attacks
Disruption in the body clock or circadian rhythm can not only increase the risk of obesity, but ......

Metabolic Problems Can Now Be Detected With The Help Of Smiley Shaped Sensor
A sensor shaped like a smiley face which could help doctors detect metabolic problems in patients .....

Appetite-Regulating Hormones Ratio, A Mark of Successful Dieters
A pre-diet measurement of two hormones linked to weight regulation can help predict which dieters .....