Early Drinking and Smoking Might Delay Onset of Puberty in Girls 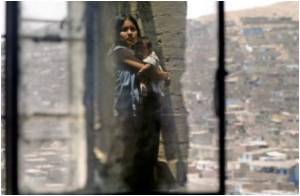 Early drinking and smoking might delay onset of puberty in girls, a new study has found.

Puberty can start as early as age 7 or 8, but most girls start to develop breasts, the first sign of sexual development, between ages 9 and 13.

Amenorrhea is a menstrual disorder in women indicating absence of menses. Menstruation signals womanhood, the gift of procreation, re-creation, and regeneration.
Advertisement

Late puberty in girls can have wide ranging health effects. When puberty begins past age 13, girls might not grow as tall and their bones might not become as strong.


Girls who reach puberty late have an increased risk of infertility and miscarriage and often report psychological stress.

Previous animal studies have shown that exposure to alcohol and tobacco can affect hormone levels, which in turn can delay sexual development.

Different stages of breast development in women and an in-depth look at the breast/bust and its structure.
Advertisement
However, researchers have not investigated the association extensively in humans or in young girls specifically.

For the new study Jennifer Peck, Ph.D. and her colleagues at the University of Oklahoma Health Sciences Center in Oklahoma City used data from previously conducted interviews with 3,106 girls between ages 11 and 21.

The girls were asked about when they started using alcohol and tobacco and the age at which they first noticed signs of sexual development.

"What catches the eye in the study - the strongest association we observed - was that girls who reported pre-pubertal alcohol use had four times the odds of late breast development compared to girls who did not use alcohol," Peck said.

The study appears online in the Journal of Adolescent Health.